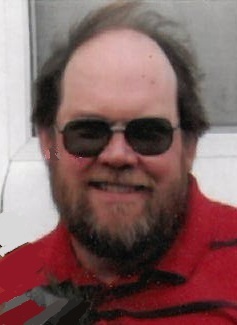 Sylvan John TeKrony was born on January 4, 1958, to Henry and Henrietta (Hoogwerf) TeKrony of Bemis, SD. Soon after, the Bemis address was changed to Clear Lake. Sylvan lived at the same place for 49 years; first with his parents and siblings, then with his wife. He went to Grant School #19 which was a one room country school with eight grades and one teacher and uphill walking required both ways. (Downhill also, on days of good weather.) Sylvan attended through the sixth grade as South Dakota decided that schools that didn't have a high school were no longer needed. So, off to Clear Lake for junior high and high school. In 1976, he graduated. Sylvan continued farming until 2007. In 1995, he married Denise Christensen. Sylvan was a member of the Bemis Christian Reformed Church until it closed. In the spring of 2007, the couple moved to an acreage near Balaton, MN, to be closer to Deniseâ€™s work. In the fall of 2007, they moved to Deniseâ€™s grandparentâ€™s house near Garvin. Sylvan worked at a variety of jobs until 2010. Then, he started helping his father-in-law, Dennis, on the farm. He continued to farm with Dennis until he went to the hospital. Sylvan was a giving man. Even in death, he donated to the Dakota Lions Sight and Health. Sylvan was generous with his money, but especially with his time. He helped various churches and different family members. Sylvan went to be with his Savior on Wednesday, April 10, 2019, at Avera McKennan Hospital in Sioux Falls, SD. He is survived by his wife, Denise TeKrony of Garvin, parents Henry and Henrietta TeKrony of Estelline, SD, sister Joanne â€œJoeyâ€ (and husband Daniel) Elenbaas of Helena, MT, brothers Arlan TeKrony of Volga, SD and Norman â€œNormâ€ (and wife, Candace) TeKrony of Sioux Center, IA, an uncle, aunts, nieces and nephews. He is also survived by Deniseâ€™s parents, Dennis and Marilyn Christensen of Garvin, and brother-in-law Scott (and wife Julie) Christensen and family of Savage, MN, and his beloved dog, Brownie.
To order memorial trees or send flowers to the family in memory of Sylvan TeKrony, please visit our flower store.