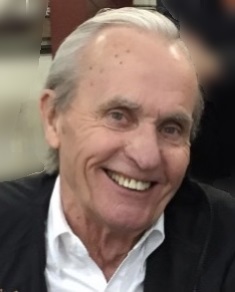 To watch a recording of the service, please paste the following link into your browser: https://youtu.be/PtvrFy7DKHo The funeral service for Ronald Beebout, 72, of Vesta, will take place at 1:00 p.m. on Saturday, February 6, 2021, at Our Saviorâ€™s Lutheran Church in Milroy, MN. A walk-through visitation will take place from 12:00 p.m. â€“ 1:00 p.m. at the church on Saturday. Interment with military honors will follow the service at Our Saviorâ€™s Lutheran Cemetery in Milroy. Masks are required and social distancing guidelines will be strictly followed at all times. A recording of the service will be available at www.horvathfuneralservice.com. Ronald Beebout, or Big Ron as he was affectionately called by his daughter Toni, was smart, funny, kind, loving, ornery, and good. He did what was right â€“ not what was popular. He was humble and didnâ€™t want people to know all of the things he did behind the scenes. Ron served his country, his community, his family, and all that knew him. He suffered great loss. He worked. He loved his family. He was an honorable and admirable man. He truly was the jack of all trades. He could fix it and build it and make things okay. He was a man defined not by what he had, but by all that he did. He helped everyone without question, even when he had no help to give. He was one of a kind. Ron was the guy with infinite quotes and incredible insight into impossible situations. His spunk, tenacity, and perseverance are the gifts he gave to all who knew him and loved him. United States Marine Ronald Lee Beebout was born August 6, 1948 to Cleve and Muriel (Brakke) Beebout. He graduated from Milroy High School in 1966, then attended Worthington Community College. But the draft came calling, and in 1969 he was sent to Vietnam. He came home, awarded the Purple Heart, and spent over 100 days in the Great Lakes Naval Hospital in Chicago, Illinois. He was honorably discharged and awarded honors for his service including, National Defense Service Medal, Vietnam Service Medal, Combat Action Ribbon, Vietnam Campaign Medal, and Rifle Marksman Badge. He was a hero. He served his country. He did it willingly and with honor. He returned to Milroy, MN and met the love of his life, Gwen Marie Gilb. They married December 2, 1972 at Our Saviors Lutheran Church in Milroy. He always said they got married, â€œin a feverâ€. He loved her like no other. They lived a life filled with trials and tribulations, but always danced in the kitchen. They said, â€œI love you every day.â€ They had a fairytale love like no other. Early in their marriage, Ron and Gwen lived in Minneapolis and Glencoe, where Ron attended the University of Minnesota and worked every job imaginable, even owning and operating his own concrete business. In 1976 they moved back to Southwestern Minnesota to raise their two children, Toni and Brooks. He returned to Southwest State to continue his education and worked as the â€œCorn Dog Kingâ€ for Schwans. While working, going to school, and raising a young family, Ron raised livestock and farmed. He ran sunflower crews and so much more. He always worked. He was always hopeful. He loved his family and believed in education. He believed in people and always made the world a better place. He was a proud man who carried his burdens privately. Included in Ronâ€™s lifeâ€™s work was his duty as a Redwood County Veteranâ€™s Service Officer, his service with the Department of Veterans Affairs in St. Paul, Minnesota, and his dedication to his job as a counsellor with the Department of Rehabilitations. He also owned apartment buildings in both Milroy, MN and Flandreau, SD. He worked tirelessly. He did it all. He helped people who needed help â€“ always. That was his gift. He lived a life filled with love. He loved his â€˜cherubsâ€™ Allie and Jack more than anything in the world. They were the light of his life. He didnâ€™t miss a moment. Even when he was sick. He was on the phone, on SnapChat, and even Life 360. They didnâ€™t have a day when he wasnâ€™t with them and cheering for them. He knew â€œLife is Difficult.â€ That was his famous quote, along with many others. But he lived, and he carried on for a family that loved him with no boundaries. He lost his parents, siblings, his son, Dr. Brooks Beebout, and his wife Gwen Beebout. But he never gave up. He never quit. He loved in spite of it all. And he loved BIG! Ron died peacefully, surrounded by family, on Wednesday, January 27, 2021, at his residence in Vesta. Ron is survived by his loving daughter, Dr. Toni (and Mark) Beebout-Bladholm of Marshall; cherubs, Alexandra and Jackson Bladholm of Marshall, and two orphan cats who came in and never left, Oliver and Olivia. He is also survived by countless family and friends. He was preceded in death by his beautiful wife, Gwen Beebout, his incredible son, Dr. Brooks Beebout, parents, Cleve and Muriel Beebout, brothers, Doug Beebout and Lynn Beebout, sisters, Jackie (Beebout) Gregor, Patricia (Beebout) Stuerwald, Peggy (Beebout) Rolland, and Jolene (Beebout) Snyder. His spunk, the twinkle in his eyes, and good heart will forever be missed. Until we meet againâ€¦ Blessed Be the Memory of Ronald Lee Beebout
To order memorial trees or send flowers to the family in memory of Ronald Lee Beebout, please visit our flower store.