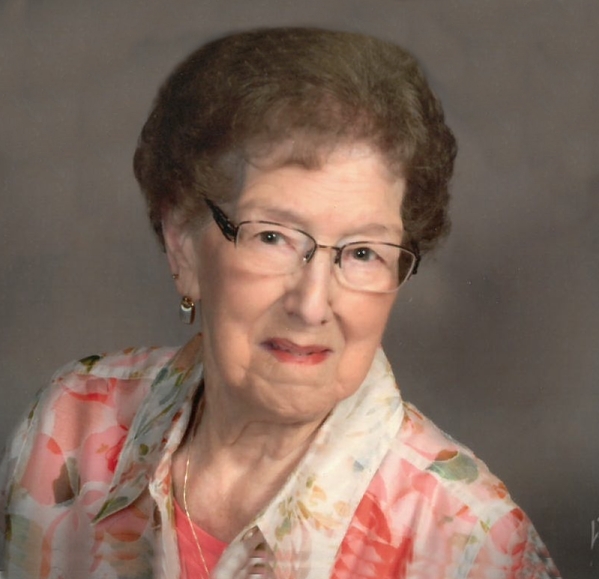 In order to watch a recording of the service, click the following link: https://youtu.be/RjPUiF0MUss

Mass of Christian Burial for Rita Van Dorpe, 96, of Minneota, will take place at 1:30 pm on Friday, November 5, 2021, at St. Edward Catholic Church in Minneota. Visitation will take place from noon until 1:30 pm in the church. Interment will follow the service at St. Edward Catholic Cemetery. A recording of the service will be available later at www.horvathfuneralservice.com.

Rita Teresa (Stassen) Van Dorpe got her heavenly wings and joined our Lord on Sunday, October 24, 2021.

Rita was born in Ghent, MN, to Joseph and Mary (Boerboom) Stassen on March 17, 1925. She married Edward Van Dorpe on October 15, 1947. They moved to a farm outside Ghent where together they raised five children. Rita was an active member of both the American Legion Auxiliary and St. Eloi Catholic Church in Ghent. In 1971, they moved to Minneota, where Rita became head cook at the Minneota Public High School. She loved her high school Vikings teams, and attended games in person or cheered on the teams while listening to the radio. Rita was very involved at St. Edward Catholic Church, and her faith and church community were an important part of her life. Rita was a member of the Minneota Senior Center and volunteered her time there often. The couple enjoyed 68 years of marriage before Ed's passing.

Rita worked on the farm, enjoyed gardening, golfing, sewing, and dancing, but was most remembered as a great cook and baker. She and Ed shared many happy years in Arizona during the winter months where they made friends from around the country and Canada.

To order memorial trees or send flowers to the family in memory of Rita Teresa Van Dorpe, please visit our flower store.