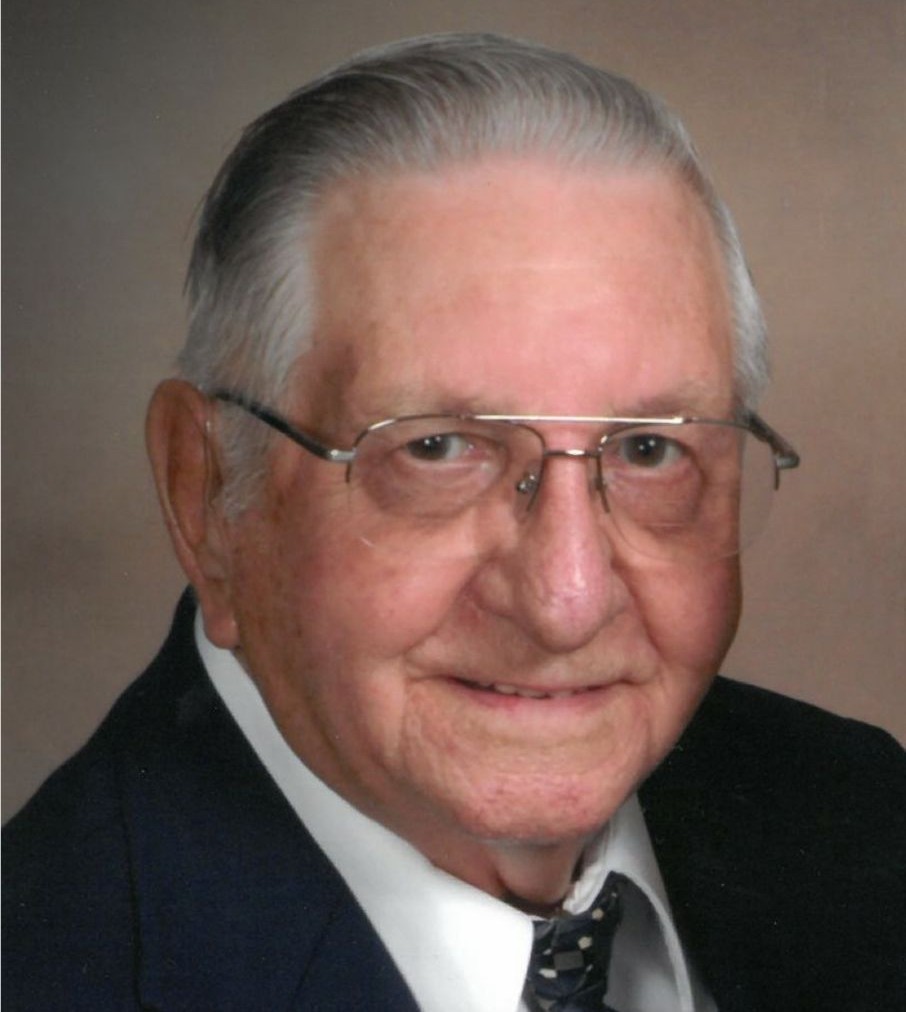 To watch the recording of Ray's service, click the following link: https://youtu.be/cbgSAYGV-Dk

Mass of Christian Burial for Raymond DeVos, 93, of Taunton, will be at 1:30 p.m. on Saturday, November 6, 2021, at St. Edward Catholic Church in Minneota. Visitation will take place one hour prior to the service at the church. Interment with military honors will follow the service at Ss. Cyril and Methodius Catholic Cemetery in Taunton.

Raymond Emil DeVos was born on August 9, 1928, at the Canby Hospital to Emil and Hattie (Fier) DeVos. He attended school in Taunton and then Minneota for a short time. Ray entered the US Navy and served from 1948-1952 during the Korean War. On October 7, 1952, he was united in marriage to Delores Hurd at St. Cyril and Methodius Catholic church in Taunton. They made their home in Taunton and raised three children Eugene, Julianne, and Janet. He owned and operated the Standard/Pure/Union 76 gas station in Taunton for twenty-five years, then worked for Tri-State Petroleum in Marshall, retiring in 1990. He was a member of St. Cyril and Methodius Catholic Church of Taunton, St. Edward Catholic Church of Minneota, a Taunton fireman, church usher, secretary for the Holy Name Society, a Taunton Legionnaire for sixty-nine years, and a lifelong resident of Taunton.

Ray’s enjoyments in life were fishing, gardening, woodworking, playing cards, and spending time with family. Ray and Delores enjoyed camping, trips to Branson, and polka dancing. Ray loved listening to polka music and enjoyed watching Bandwagon on TV. He always had the Farmer’s Almanac on hand and liked to start many of his vegetable plants from seed in the winter. He enjoyed watching the Twin’s, AWA All-Star wrestling, and Lawrence Welk on TV.

Raymond passed away peacefully on November 2, 2021, at his home with family at his side, under the care of Prairie Home Hospice. He reached the age of 93 years, 2 months, and 24 days. Blessed be his memory.

Raymond is survived by his wife Delores DeVos of Taunton; children Eugene DeVos of Taunton (Lacey, Travis, and Matthew), Julianne (Randy) Knutson of Winona (Cory, Sara, Thomas and Brandon), Janet DeVos-Dobrenski (Greg) of Marshall (Kadin and Mattea), 22 great-grandchildren, and other relatives and friends.

The family of Raymond DeVos wishes to thank you for your sympathy. We greatly appreciate all your kind words, messages, food, and memorials. We also would like to thank the staff at Prairie Home Hospice, Dr. Tim Michals, and Dr. Lu Huber for his care in the last few weeks and years.

To order memorial trees or send flowers to the family in memory of Raymond Emil DeVos, please visit our flower store.