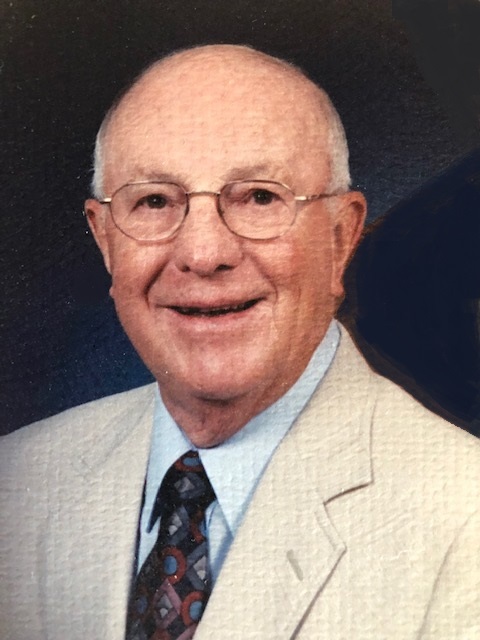 Myron John Thielges was born on September 21, 1930, in St. Leo, to Henry and Mathilda (Tholkes) Thielges. He attended school in Clarkfield and graduated from Clarkfield High School. Myron enlisted and served in the U.S. Army National Guard. On January 17, 1953, he was united in marriage to Margaret Meulebroeck. He worked as a banker for most of his career in Marshall, and was gifted at helping clients. Myron later became an owner/partner in MDI, a local lumber distributor. After his retirement, he spent time at the lake in Alexandria and wintered in Sun City West, AZ. After Margaretâ€™s death in 2012, Myron returned to Marshall in 2014. He was an avid sports fan and enjoyed following local high school and collegiate sports. He also enjoyed playing cards and playing golf. Myron loved his community of friends, his country, and his family. Myron died peacefully surround by family on Saturday, March 30, 2019, at the Avera Morningside Heights Care Center in Marshall. He is survived by his daughter Jean (and Todd) Landa of Tracy, daughter Judy Craig of White Bear Lake, son Jim (and Jill) Thielges of Frisco, TX, grandchildren Michael (and Katie) Uecker, Jennifer (and Taylor) Wiseman, Maggie Craig, John (and Carleigh) Craig, Austin Thielges, Ally Thielges and Brook Thielges, great-grandchildren Gracie Uecker, Peyton Uecker and Tatum Wiseman. He was preceded in death by his parents, wife Margaret, son Gregory and brother Ben. In lieu of flowers, memorials preferred to Prairie Home Hospice, SMSU Foundation or Mezin-Koats Colon Cancer Research at the U of M at: https://makingagift.umn.edu/give/fund.html?id=20425&desc_source+UUXXUMGDONOR
To order memorial trees or send flowers to the family in memory of Myron John Thielges, please visit our flower store.