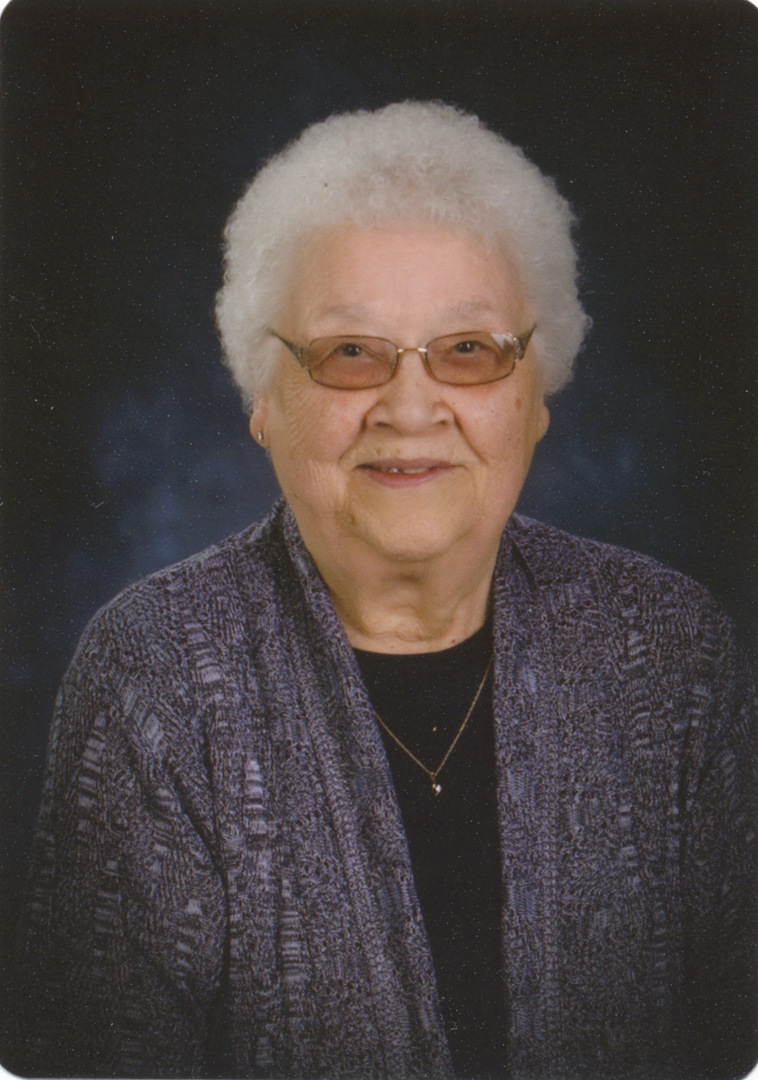 Mary Louise (Bakker) DeSaer was born on February 8, 1929, on the family farm in Shelburne Township, Lyon County, to Henry and Clara (Lens) Bakker. She grew up on the family farm. Mary graduated from Ruthton High School in 1947. Education was very important to Mary, and she was the first of her family to graduate. On October 19, 1949, she was united in marriage to Julius DeSaer at St. Dionysius Catholic Church in Tyler. After living in Marshall for a time, the couple moved to a farm near Ghent where they lived and raised their family. In 2005, they moved to Marshall. Mary enjoyed handiwork including knitting, crocheting and embroidery. She enjoyed word find puzzles and also enjoyed dancing and watching polka dances on television. She was a Minnesota sports fan and followed the Vikings and the Twins. Mary was an excellent cook and looked forward to family dinners where she served chicken and brownies. Mary died on Friday, November 30, 2018 at the Good Samaritan Society in Winthrop, MN. She is survived by her children Carol Kaiser of West St. Paul, Linda DeSaer (and Dean Thorson) of Minneapolis, Richard (and Ruth) DeSaer of Sleepy Eye, Marilyn (and Greg) Labat of Marshall, Don (and Phyllis) DeSaer of Courtland, Diane DeSaer (and Sheree Humphries) of Minneapolis, fifteen grandchildren, 21 great-grandchildren, siblings Charles (and Sharon) Bakker of Ruthton, George (and Audrey) Bakker of Marshall, Ellen (and Frank) Brentine of Topeka, KS, Cecilia (and Rod) Lipp of St. Louis Park, nieces, nephews, relatives and friends. She was preceded in death by her parents, husband Julius, brothers James, James and Ray, sisters Agnes, Theresa and Betty and great-grandson Ray Labat.
To order memorial trees or send flowers to the family in memory of Mary Louise DeSaer, please visit our flower store.