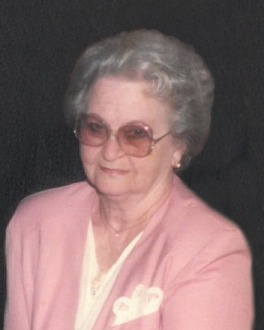 Click here to watch the recording of Barbara's service: https://youtu.be/DchRTLqUbmY

Mass of Christian Burial for Marie “Barbara” Sumerfelt, 95, of Taunton, will be held Friday, January 20, 2023, at 10:00a.m. at St. Edward Catholic Church in Minneota. A visitation will be held at the Horvath Remembrance Center in Minneota on Thursday, January 19, 2023, from 4:00 p.m. – 7:00 p.m. with a prayer service beginning at 6:30 p.m. Visitation will continue Friday morning from 8:30 a.m. – 9:30 a.m. at the Remembrance Center. Burial will take place at Sts. Cyril & Methodius Catholic Cemetery in Taunton, MN following the funeral mass. Upon conclusion of the committal a funeral lunch will be provided at St. Edward.

Barbara was born on December 7, 1927, to John and Minnie (Goslar) Bernardy in Minneota. She was raised in Minneota and graduated from Minneota High School in 1945. She was married to Lawrence Sumerfelt on November 14, 1945, at St. Edward Church. Together they moved to a farm outside of Taunton, where they would raise their family. Lawrence and Barbara were married for 64 years until his passing on January 12, 2010. Barbara enjoyed gardening, playing cards, sewing, and crocheting baby blankets for her grandchildren.

To order memorial trees or send flowers to the family in memory of Marie "Barbara" Sumerfelt, please visit our flower store.