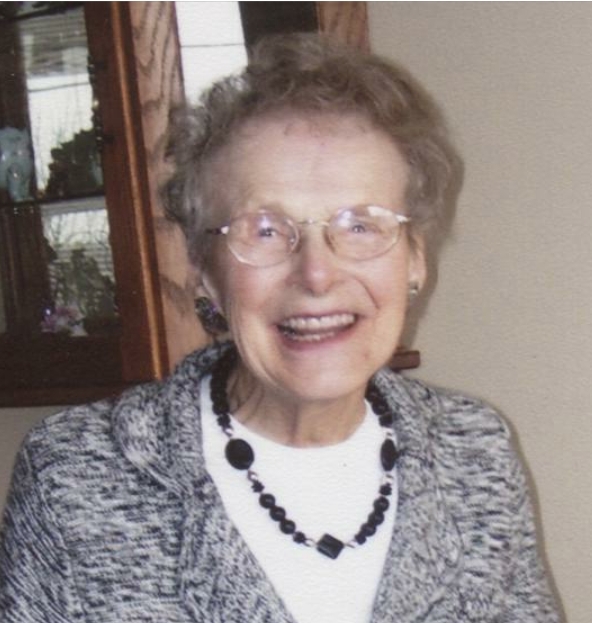 Margaret Augusta (Viaene) Wittry was born on April 5, 1925, in Ghent, to Cyriel and Julienne (Vanneste) Viaene. She grew up on a farm near Ghent and attended country school. On November 14, 1944, she was united in marriage to Leonard Wittry at St. Clotilde Catholic Church in Green Valley. The couple made their home on a farm southwest of Marshall until moving to a farm southeast of Cottonwood in 1968. In addition to raising her kids, Margaret worked very hard on the farm. She also worked for more than 40 years as â€œChief Cook and Bottle washerâ€ at Tony's Pizza and the County Market Deli. Margaret was a member of Holy Redeemer Catholic Church, the CCW, and Marshall Senior Citizens Center. She enjoyed gardening, sewing, playing cards and was very good at Rolle Bolle. Due to health reasons, Margaret moved to the Auburn Court in Chaska in 2013. Margaret died on Monday, November 9, 2015. She is survived by her children Shirley (and Tom) Senden of North Mankato, MN, Mary (and Bruce) Murray of Cedar Rapids, IA, Carol Westcott of San Tan Valley, AZ, Darlene (and Bernie) Riley of Chaska, Thomas (and Julie) Wittry of Dorchester, IA, special nephew Harvey â€œJoeyâ€ Hoffman of Minneapolis, 14 grandchildren, 33 great-grandchildren, other survivors Sister Esperance Wittry of St. Paul, Francis Viaene of Cottonwood, and Deloris Viaene of Marshall. She was preceded in death by her husband Leonard Wittry, parents Cyriel Viaene and Julienne (Vanneste) Viaene and siblings Albert Viaene, Andrew Viaene and Marie (Viaene) Hoffman. Memorials preferred to Auburn Courts, 501 Oak St, Chaska MN 55318.
To order memorial trees or send flowers to the family in memory of Margaret Augusta Wittry, please visit our flower store.