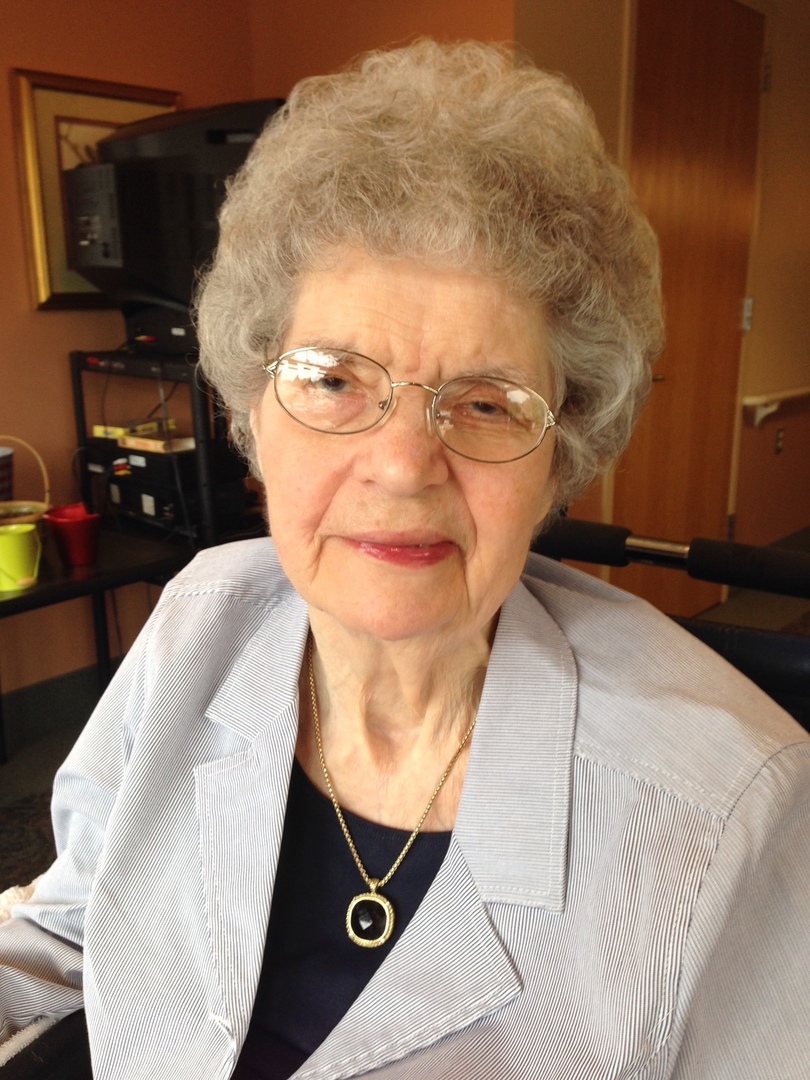 Mabel E. Grong was born on October 31, 1918, in Elkton, SD, to Cornelius and Cornelia (Dubbledee) Kerkvliet. She moved with her family to a farm south of Marshall. Mabel attended school and graduated from Marshall High School. On June 20, 1942, she was united in marriage to Harold Grong. The couple owned and operated the Grong Sales Company where Mabel worked as a bookkeeper. She was a longtime member of the First Lutheran Church in Marshall and was the Financial Secretary for more than 30 years. She also served on the Lyon County Welfare Board for eight years. Mabel enjoyed quilting, crossword puzzles, bowling in her early years and playing bridge. Mabel died on Wednesday, July 26, 2017, at the Avera Morningside Heights Care Center in Marshall. She is survived by her children Nancy (and Joe) Wright of Beulah, ND, David (and Linda) Grong of Minneapolis, MN, Sharon (and John) Rode of New Brighton, MN, seven grandchildren, many great-grandchildren, brother Harold Kerkvliet of Owatonna, nieces, nephews, relatives and friends. She was preceded in death by her husband, five sisters, two brothers, and one granddaughter. Memorials are preferred to the Childrenâ€™s Cancer Research Fund
To order memorial trees or send flowers to the family in memory of Mabel Elizabeth Grong, please visit our flower store.