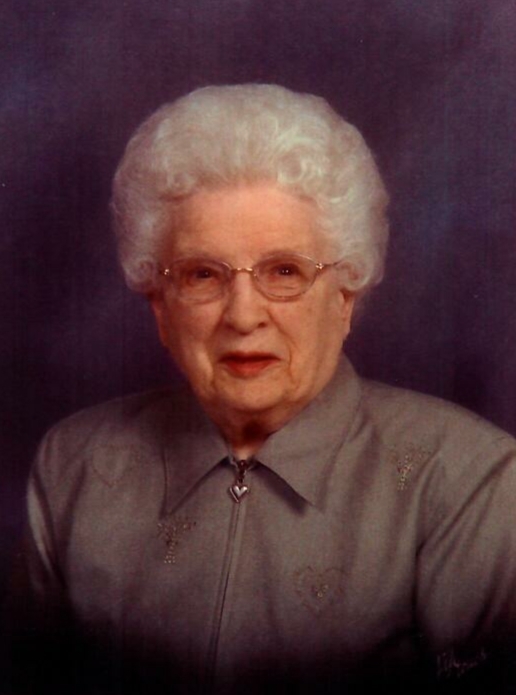 Lucile Esther Blake was born on March 31, 1918 to Ray and Bernice (Davis) Evans in Garvin, Minnesota. She was baptized in the Christian faith and attended country school. She graduated from Tracy Public High School. After graduation, she was united in marriage to Harry Blake and made their home in Marshall briefly until Harry entered the service and was stationed in Germany. At that time, Lucile moved to Michigan and helped in the war plants. After Harryâ€™s honorable discharge, the couple moved back to Marshall where Lucille worked many years for JC Penney. After Harry passed away, Lucile was married to Don Blake and they remained in Marshall. Lucile was a member of Holy Redeemer Catholic Church and Altar Society. She was an active volunteer for Meals on Wheels and at the Senior Center. She enjoyed crocheting and playing cards. On Thursday, December 29, 2016, Lucile passed away at Morningside Heights Care Center in Marshall at the age of 98. She is survived by her nieces, nephews; several step grandchildren, great grandchildren and great great grandchildren; step-son-in-law Hank Goblish. She was preceded in death by her parents, two husbands, three siblings Jeanette Johnson, Leatha Lanoue and Leo Evans and step grandchild John Goblish. Blessed be her memory.
To order memorial trees or send flowers to the family in memory of Lucile Blake, please visit our flower store.