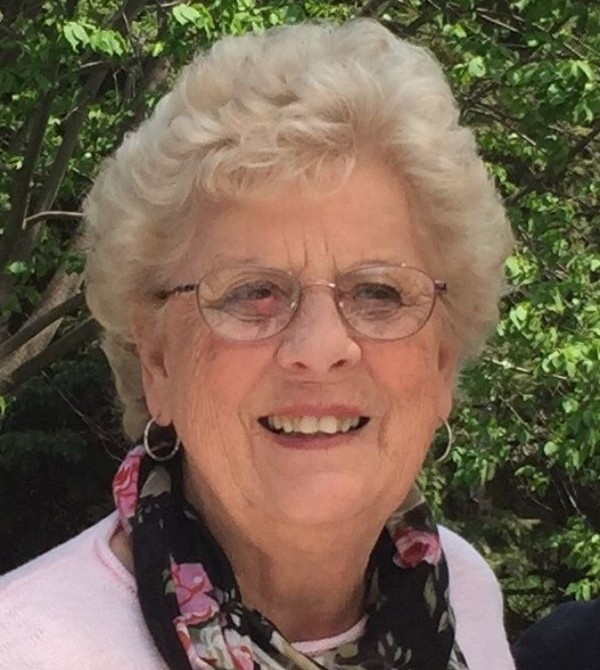 Mass of Christian Burial for Lorraine Coquyt-Goblish, 83, of Marshall, will take place at 10:30 a.m. on Thursday, February 24, 2022, at Holy Redeemer Catholic Church.  Visitation will be Wednesday from 4:30 p.m. – 7:00 p.m. with a CCW Rosary at 4:30 p.m. and a Parish Prayer Service at 4:45 p.m. at the Horvath Remembrance Center in Marshall.  Visitation will continue on Thursday from 9:00 a.m. – 10:00 a.m. at the Remembrance Center.  Interment will take place at St. Michael’s Catholic Cemetery in Milroy.  A livestream and recording will be available at www.holy-redeemer.com. Lorraine died on Sunday, February 20, 2022, at the Prairie Home Hospice McLaughlin House in Marshall. At the request of family mask are encouraged at visitation and funeral.

Lorraine Louise Coquyt-Goblish was born on October 18, 1938, in Minneota, to William and Madeleine (Trammeseur) Stoks.  She grew up in Minneota and Taunton and graduated from Minneota High School.  On May 1, 1957, she was united in marriage to Walter “Wally” Coquyt.  The couple lived in Milroy, Rapid City, SD, and Michigan City, IN, before returning to Milroy in 1980.  To this union were born children Rhonda, Robyn and Reed.  Lorraine worked for many years at the Milroy Co-op Elevator and at the Campus Religious Center in Marshall where she provided lots of laughter and banter.  She was a fun and spirited leader with the St. Michael’s Catholic Church Youth Group for many years.  She lost Wally in 1995.  On November 24, 2000, Lorraine was united in marriage to Henry “Hank” Goblish.  The couple enjoyed travel, cruises, winter breaks in Laughlin, NV, and spending time with family and friends.  Lorraine was a talented seamstress and enjoyed crafting.  She made many thoughtful items including special homemade cards that were unique to the recipient and made with loving care.  She always served her community and volunteered with the Avera Marshall Regional Medical Center, the Thrift Shop, Meals on Wheels program and other organizations.