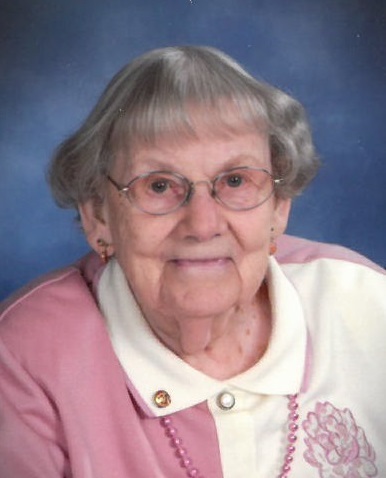 The service for Lila is available on the webcast link under "Photos and Videos" or by coping and pasting the following link into your browser. https://youtu.be/XrwLHJ3-Us0 Lila arrived on August 11, 1921, the youngest of two boys and two girls born to J. Aaron and Bertha (Johnson) Anderson. She grew up on farms in Skandia and Ellsborough Townships, Minnesota, in a loving family where she became a faithful servant of her Lord and Savior, Jesus Christ. Lila was baptized and confirmed at Zion Lutheran Church, which was built on her grandparentâ€™s farm. She attended District #8 country school through sixth grade; graduated from Balaton High School in 1939; attended Mankato Teachersâ€™ College for the required two years, and taught in rural schools for three years, and one year in Tyler, MN. After graduating from LBI in Minneapolis in 1949 and working as a parish worker in her own parish for one and one half years at Bethlehem Lutheran Church in Mankato, she received a call from the Board of Foreign Missions of the ELC to serve as a missionary primary school teacher under the ELC in Madagascar for a term of seven years from 1951-1958. Lila accepted the call and sailed from New York on the Queen Mary in 1951 for a year in Paris for language study. She also attended the Lutheran World Federation in Hannover, Germany in 1952 on her way to Madagascar for six years to teach primary school to the Malagasy children. Her home would be considered primitive as it had no running water, and electricity was produced by a small generator. At this time, the Balaton Press Tribune printed regular reports of her experiences titled, â€œLilaâ€™s Letters.â€ On her way home in 1958, she attended the Worldâ€™s Fair in Brussels, Belgium. During these seven years, her only contact with her family and friends back home was through letters and a large, clumsy tape recorder with big reels. There were no furloughs, no telephones, no e-mails and no videos. Lila taught second grade in Worthington Public School for 24 years until 1983, and earned her B.S. Degree from Mankato State University in 1965. She was an active member of the Zion Lutheran Church until it closed in May of 1991. She then joined the Trinity Lutheran Church where she continued being active in the Church WELCA, Circle and tying quilts, and attending Bible Studies. In 1964, Alice and Lila, together with their parents, moved into Balaton. The sisters enjoyed traveling with tour groups to Alaska, Canada, Norway, Sweden, London, Hawaii, and several places in the United States. Lila enjoyed gardening, all kinds of crafts, playing various types of games, working cross-word puzzles, Cryptoquipâ€™s, taking sunset pictures and reading. She served as Counselor for Green Lake and Shetek Bible Camps for many years. In 1998, Alice and Lila moved into a duplex in Balaton and in 2004, she moved into the Lakeview Senior Housing in Balaton to be near her sister at the Colonial Manor. In June, 2019, she moved to the Sunrise Manor Nursing Home in Tyler. Lila: Good and faithful servant of her Lord, farm girl, gardener, teacher, missionary, world traveler, music lover, Bible Scholar, generous friend, quilter, crafter, avid reader, amateur photographer, poet and blessing. Lila died on Wednesday, August 26, 2020, at the Sunrise Manor in Tyler. She is survived by six nieces, three nephews, several grand and great-grand nieces and nephews, many cousins and friends. She was preceded in death by her parents, two brothers and their wives, Donald and Francis Anderson and Gordon and Marjorie Anderson, sister Alice Anderson and niece Joyce (Anderson) Tripmaker
To order memorial trees or send flowers to the family in memory of Lila Blanche Anderson, please visit our flower store.