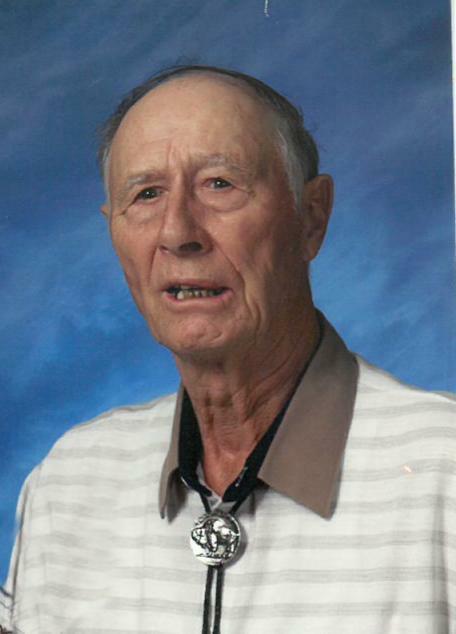 Lawrence Edward Hochstatter was born on March 8, 1925, in Sioux County, Iowa, to John and Gertrude (Stallmann) Hochstatter. At one year of age, he moved to Marshall, MN. He attended Rural District 16 School and St. Josephâ€™s Academy in Marshall where he volunteered for the school patrol. He married Virginia (Persons) Hochstatter on November 16, 1955. They were the proud parents of Larry, Joyce and Patricia. Lawrence was a farmer all of his life. He was also a Township Assessor for 25 years. After retirement, they were able to travel to Florence, Arizona for 25+ winters. They enjoyed seeing many of the Indian ruins and natureâ€™s beauty. Lawrence learned songbird carving after retirement and shared his love of the craft with many others by teaching for 12 years. In October, 2007, they moved to Marshall where they made even more new friends. He died on Wednesday, September 2, 2015, at the Prairie Home Hospice House in Marshall. He is survived by his wife Virginia, son Larry (and Grace) of Sioux Falls, SD, and daughters Joyce (and Jeff) Carlson of Austin, TX, and Patricia Hughes of Sioux Falls, SD, nine grandchildren and seven great-grandchildren, brother Arnold (and Eileen) Hochstatter of Harrisburg, SD, sisters Elaine (and Alois) Vlamnick, Cindy (and Denis) Mitchell and Lorraine (and Joe) DeJaegher, all of Marshall, in-laws Dennis and Marilyn Christensen of Garvin, MN, and extended family. He was preceded in death by his parents John and Gertrude Hochstatter, brothers John, Lester and Orville and sister Arlene.
To order memorial trees or send flowers to the family in memory of Lawrence E. Hochstatter, please visit our flower store.