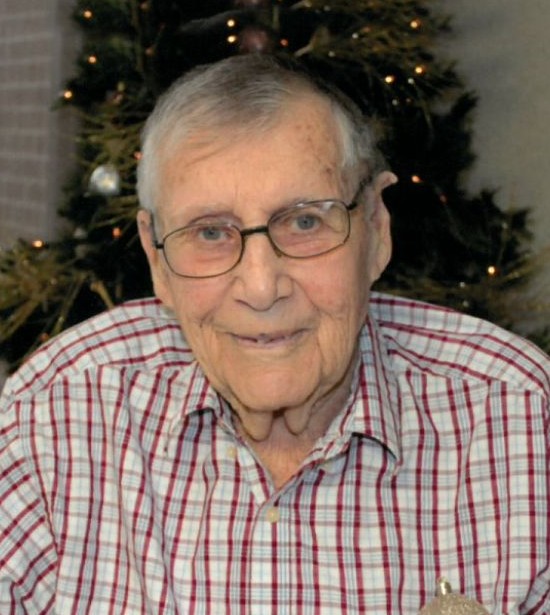 To watch the recording of Laurence's service, click Watch Webcast under the Photos & Videos tab above, or copy and paste the following link:

Mass of Christian Burial for Laurence Stienessen, 92, of Canby, formerly of Minneota, will be held on Wednesday, May 19, 2021, at 1:30 p.m. at St. Edward Catholic Church in Minneota. A recording of the service will be available later at www.horvathfuneralservice.com. A public, walk-through visitation will be held on Tuesday, May 18, from 5:00 until 7:00 p.m., with a prayer service at 7:00 p.m., at the Horvath Remembrance Center in Minneota. Visitation will continue from 12:00 until 1:00 p.m. Wednesday at the Remembrance Center. Interment will follow the service at St. Edward Catholic Cemetery.

Laurence Joseph Stienessen was born on April 3, 1929, on the family farm in Sodus Township, Lyon County, MN, to John and Mary (DeCock) Stienessen. As a child, Laurence moved with his family to a farm near Taunton, where he helped with farm work. He grew up and attended country school in the Minneota area. On September 20, 1949, Laurence was united in marriage to Mary Ann Hamerlinck. The couple lived in Ivanhoe, Minneota, and California before moving to what became the family farm near St. Leo in 1965. The couple wintered at Apache Junction, AZ, for many years. They moved to Minneota in 1991, and most recently Laurence lived at the Assisted Living in Canby. He enjoyed farming and raising cattle. In his free time, Laurence played rolle bolle and spent time at casinos. He also enjoyed being outside golfing and camping. Laurence loved time spent with family, especially with his two granddaughters and five great-grandchildren.

To order memorial trees or send flowers to the family in memory of Laurence Joseph Stienessen, please visit our flower store.