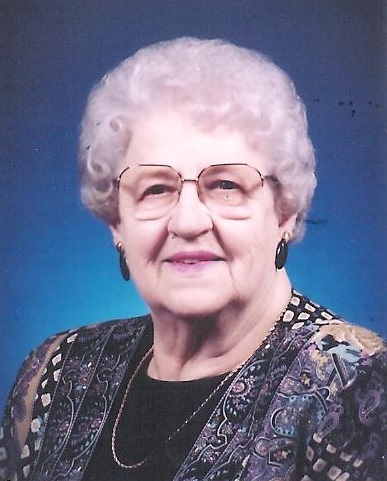 Kathy was born to John and Bertha (Marquardt) Kloos at their farm home near St. Leo on May 18, 1921. She grew up on the farm and attended country school until she graduated from eighth grade. She married Joseph J. Kronabetter at St. Cyril & Methodius Catholic Church in Taunton, MN, on September 30, 1940. The couple farmed and raised their family near St. Leo until 1973 when they sold the farm and moved into Clarkfield, MN. Kathy (and Joe) worked at the Green Door Supper Club for several years until Kathy became the cook and certified dietician at the Clarkfield Hospital. When the hospital closed, she became employed as a cook at the Clarkfield Care Center until she retired in 1991. She moved to an apartment in Minneota in 2006. Then, due to failing health, she moved into the Minneota Manor in August of 2013. Kathyâ€™s passion was cooking and baking. She had many â€œsecretâ€ recipes that everyone enjoyed and always a freezer full of food. She loved entertaining visitors at her home and playing cards. On Sunday afternoons, she enjoyed listening to polka music. At the Minneota Manor she enjoyed baking, playing games, especially bingo, and greeting everyone that passed by her corner room. Her greatest joy in life was her family. Kathy was a true caregiver for her ill children and her husband. In her later years, she enjoyed sitting and listening to the happenings of her grandchildren and holding her great-grandchildren on her lap until they were old enough to learn to play card games with her. Her devotion to the Lord was always constant in her life; prayer cards could always be found in each room of her home along with her rosary and holy water. Katherine died on Sunday, May 29, 2016, at the Minneota Manor in Minneota. She is survived by her children Brenda (and Gene) Verschelde of Minneota, Terry (and Betty) Kronabetter of Parkers Prairie, and Lois (and Vern) Heald of Minneota, 10 grandchildren and 10 great-grandchildren. She was preceded in death by her parents, her husband of 58 years, Joe, her daughter Beverly and her son Gary, also by her siblings John Kloos, Jake Kloos, Henry Kloos and Mayme Snyder.
To order memorial trees or send flowers to the family in memory of Katherine Theresa Kronabetter, please visit our flower store.