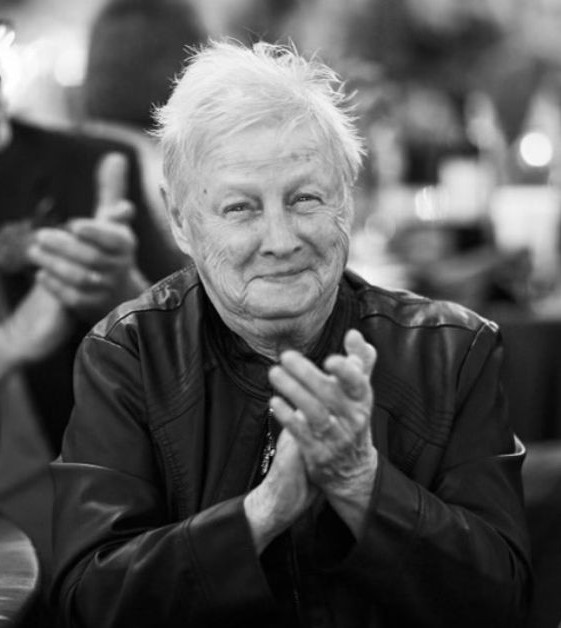 Mass of Christian Burial for Judith “Judy” Bot, 82, of Minneota, will take place at 10:00 a.m. on Saturday, November 27, 2021, at St. Edward Catholic Church in Minneota. Visitation will be Friday from 4:00 p.m. – 7:00 p.m. with a Rosary and Chaplet at 4:00 p.m. and a Parish Prayer Service at 7:00 p.m. Interment will follow the service at St. Eloi Catholic Cemetery in Ghent. A recording of the service will be available at www.horvathfuneralservice.com following the service.

Judith (Judy) Regina Bot was born on March 16, 1939 to Leo and Isabelle (Jennen) Hennen at their home in Westerheim Township. She passed away on November 21, 2021 at the age of 82 surrounded by loved ones at the Avera Marshall Regional Medical Center in Marshall.
Judith was baptized in St. Eloi Catholic Church. She was confirmed in St. Edward Catholic Church. She attended school at St. Edward and graduated from Minneota Public School. Judy worked as a telephone operator until she met the love of her life, Vincent Bot.
Vincent and Judy married on July 2, 1960, at St. Edward Catholic Church in Minneota. They were blessed with four children, twelve grandchildren, and seven great-grandchildren.
Judy loved her Catholic faith. She was a devoted supporter of the many St. Edward church and school functions.
Growing up, Judy enjoyed riding horses and her love for the outdoors carried over into her married life while farming with her husband and son throughout her life. She embraced the work that farming required and never turned down the chance to help out. She was known for her willingness to do the less desirable jobs.
In her spare time, Judy loved to square dance, quilt, play cards, make cookies, play games and visiting with those who were homebound but even more, cherished spending time with her grandchildren. She especially enjoyed following her grandchildren during their sporting and musical activities and keeping in touch with them throughout her life. Many fond memories were made when learning to play a game along with grandma if one could match her competitive spirit to win. In recent years, many memories were made at the lake home with her kids and grandchildren as each one learned to ski and later learned to play rolle bolle. One could hear grandma cheering as activities unfolded.
Judy was preceded in death by her parents Leo and Isabelle; loving husband Vincent; beloved daughter Pamela (Bot) Haukom; brothers Ralph, Orville and Conrad; in-laws Allan VanKeulen, Phyllis Bot, Raymond Bot, Bernard Bot, Norbert Bot (infant), Rolland and Emerence Derynck, Robert and Florence Determan.
Judy is survived by children Bruce (Juanita) Bot; Jennifer (Jim) Bestgen; Marc (Rhonda) Bot; grandchildren Nicholas (Jamy) Haukom; Kirsten (Brad) Verly; Nathan (Katrina) Haukom; Craig (Haley) Haukom; Brent (Brittney) Haukom; Amanda Bot; Charles (Mariah) Bot; Emily Bot; Lee Bot, Joshua Bot; Timothy (Brooke) Bestgen and Todd Bestgen; seven great grandchildren; siblings Jack (Terry) Hennen; Rona VanKeulen; David (Diane) Hennen; Kris (Curt) Teberg; in-laws Margaret Mitchell, Marge Hennen, Elaine Hennen, Richard Bot, Arnold Bot, Alice Bot, Fran and Joan Bot, numerous nieces, nephews, relatives and friends.

In lieu of flowers, the family would prefer donations to St. Edward Catholic School.

To order memorial trees or send flowers to the family in memory of Judith "Judy" Regina Bot, please visit our flower store.