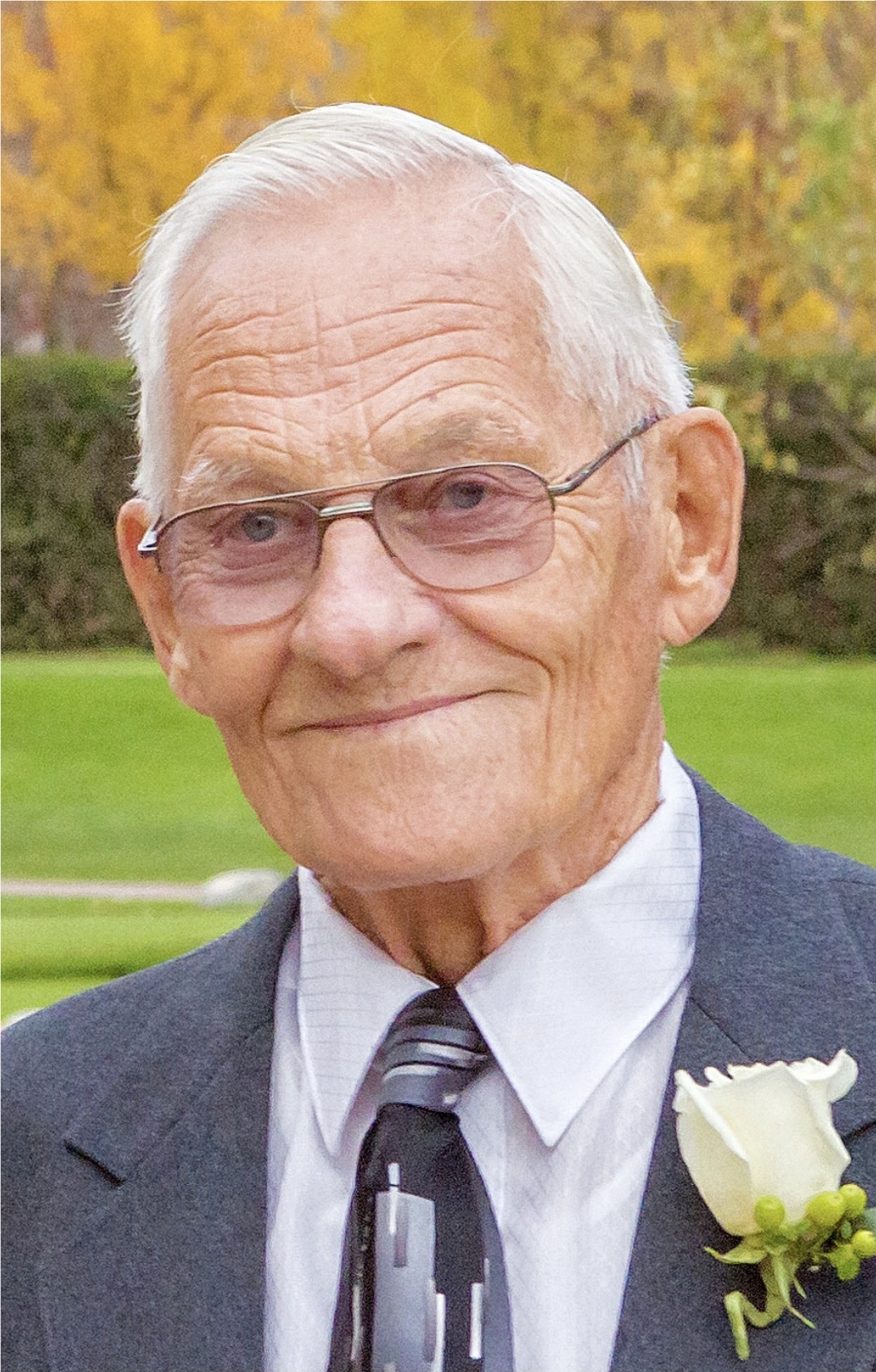 Private family services were held for John Visker, 96, of Tracy, at the Horvath Remembrance Center in Tracy. A recording of the service may be accessed by copying and pasting the following link: https://youtu.be/ohpWiprqBZQ or by clicking the "Watch Webcast" link under the Photos and Videos tab. Please note that the service features an open casket. John Eltjo Visker was born on Friday, May 2, 1924 in Little Rock, Iowa, the son of Eltjo and Katherine (Dilly) Visker. He attended country school through the 8th grade. He did not like school and was a farmer heart and soul. John met the love of his life, Joyce, when he went into the local soda fountain shop where Joyce was working and he ordered a milkshake (which, by the way, he was never charged for). They married on July 29, 1944 at her parentâ€™s home in Tracy. This union was blessed with four children: Katherine, Betty Jo, JoAnn and Jon Dirk. The couple did everything together. They worked together as they raised livestock and were stewards of the land they farmed. John later owned Visker Oil Company and the Garvin Corner Truck Stop and CafÃ©. He was a bus driver for Tracy Public Schools for 35 years. He served on the Tracy Nursing Home Board of Directors for several years. He was active in the Church of Christ as a deacon, board member and Sunday School Superintendent. When not busy working and raising a family, John enjoyed fishing, hunting, woodworking and spending time with his family. He has been described as a kind, gentle and honest man. He will be dearly missed by his children and their spouses, grandchildren, great grandchildren, great-great grandchildren and a host of friends. John passed away peacefully surrounded by family and was welcomed into Heaven by Godâ€™s loving arms on Thursday, October 22, 2020 at the age of 96 years, 5 months and 20 days. John is survived by his children, Katherine Holland, Betty Jo (Warren) Troseth, JoAnn (Steven) Knott, Jon Dirk (Jeanie) Visker; grandchildren, Jennifer Krostue, Tom (Melissa) Meixell, Jill (Lynn) Wess, Laura (Louis) duCharme, Weston (Katie) Troseth, Mary Lynn (Toby) Howard, Sarah (Chad) Kemp, Jeffrey (Jeanne) Knott, Andrew (Sue) Knott, Christopher (Stephanie) Visker, Joseph (Erin) Visker, Eric (Liz) Visker, twenty-six great grandchildren and nine great-great grandchildren; sister, Tena Quigley; brothers, Jans and Joe. John is preceded in death by his parents, Eltjo and Katherine; his wife, Joyce; sisters, Dorothy, Jennie, Grace, Fannie and Marie; and brother, Henry.
To order memorial trees or send flowers to the family in memory of John E Visker, please visit our flower store.