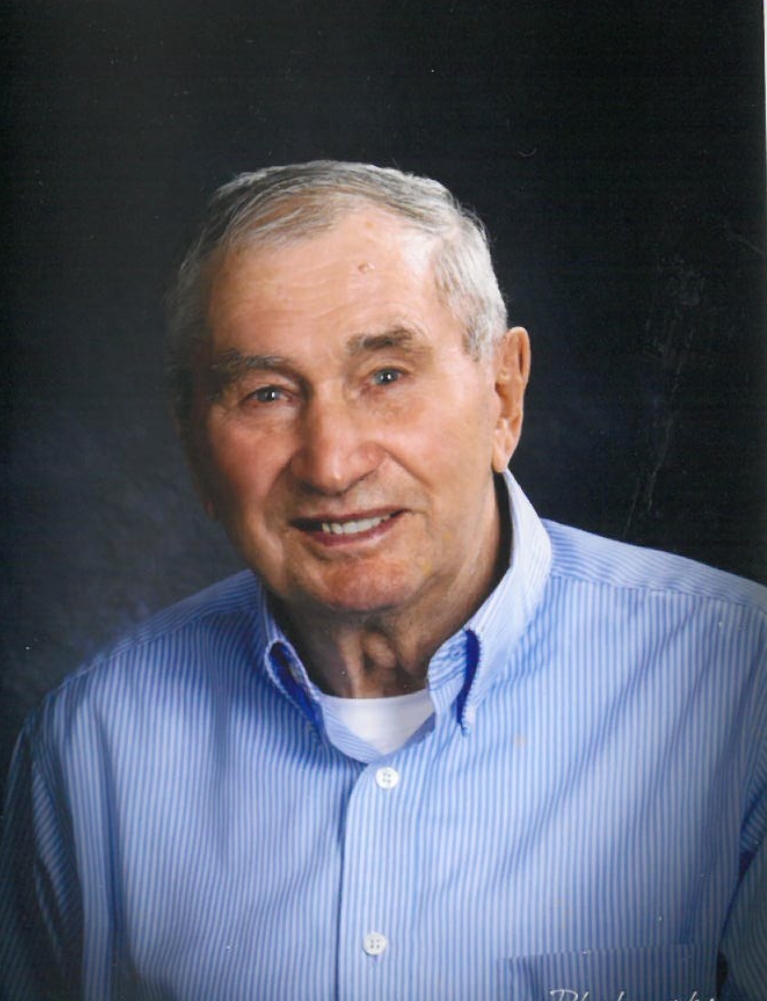 Mass of Christian Burial for John Bednarek, 93, of Marshall, will be at 11:00 a.m. on Thursday, February 21, 2019, at Holy Redeemer Catholic Church in Marshall. Visitation will be Wednesday from 4:00 p.m. â€“ 7:00 p.m. with a CCW Rosary at 4:00 p.m. and a Parish Prayer Service at 5:00 p.m. at Rehkamp Horvath Funeral Home. Visitation will continue from 9:00 a.m. â€“ 10:30 a.m. Thursday at the funeral home. Interment will follow the service at Calvary Catholic Cemetery in Marshall. John Joseph Bednarek was born on July 19, 1925, to John Sr. and Pauline (Lozinski) Bednarek. He was baptized, received first communion, confirmed and served as an altar boy at St. John Cantius Catholic Church in Wilno. On May 23, 1949, he was united in marriage to Alice Lipinski in Wilno. The couple was married for 60 years when Alice died on July 5th, 2009. John farmed his whole life. Rising with the sun and tiring at dusk were fulfilling to John as farming and hard work were in his blood. His hands were of a farmers: large and strong. He worked tirelessly well into his 80s including feeding up to 1200 head of cattle. Other enjoyments in Johnâ€™s life included time spent with his children and grandchildren. He enjoyed gardening, especially his crop of potatoes, playing cards, and fishing. He passed on his tradition of homemade horseradish and sausage. John was a longtime member of Holy Redeemer Catholic Church in Marshall. John died on Monday, February 18, 2019, at the Avera Morningside Heights Care Center in Marshall. Those left to cherish his memories include his daughter Linda Erickson, son Gary (and Linda) Bednarek, daughter Sandra (and David) Jones, and daughter Rebecca (and Dan) Polfliet, 10 grandchildren, 21 great-grandchildren, brother Roy Bednarek and numerous nieces, nephews, relatives and friends. He was preceded in death by his parents, wife Alice, son-in-law Arvin â€œRedâ€ Erickson, great-grandson Lynden John and 12 siblings. Blessed Be His Memory
To order memorial trees or send flowers to the family in memory of John Joseph Bednarek, please visit our flower store.