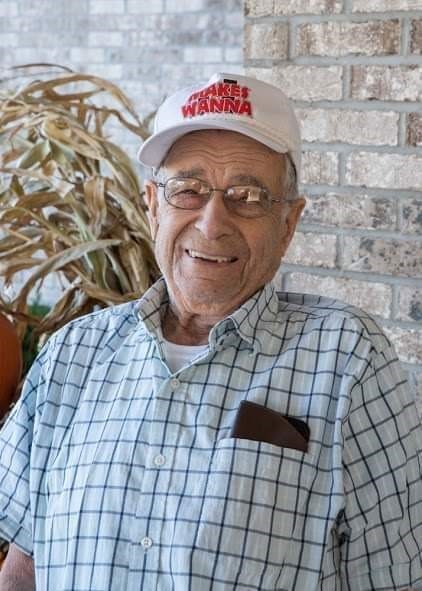 To watch the recording of Jasper and David's service, click Watch Webcast under the Photos & Videos tab above, or copy and paste the following link into your web browser: https://youtu.be/8iMm7iDTGZ4 A celebration of the lives of Jasper Vandelanotte, 93, and David Vandelanotte, 58, both of Cottonwood, will be held on Saturday, July 17, 2021, at the Cottonwood Community Center. A celebration of life memorial service and sharing of memories will start at 11:00 a.m., and a public visitation will be from 12:00 p.m. until 2:00 p.m. Gaspar â€œJasperâ€ Joseph Vandelanotte was born on April 5, 1926, in Poperinge (west Vlaarderon), Belgium, to Arthur and Ida (Kinget) Vandelanotte. He grew up on a farm in Lo-Reninge, and attended school in Woesten, Belgium. He was baptized, made his first communion and was confirmed in Woesten. Jasper went to the U.S. Embassy in Antwerp, Belgium, starting in early 1947, for the first of many trips to begin the process of emigrating to the United States. At the age of 22, he, along with his friend Oscar G. Louwagie, arrived in the United States on May 22, 1948. He lived and worked with Marcel and Theresa Louwagie and their seven children until he married Agnes Meulebroeck on February 6, 1952. The wedding took place at Holy Redeemer Catholic Church in Marshall. They first lived and farmed by Lady Slipper Lake near Cottonwood, until they bought their own farm in Lucas Township in 1959. In 1983, they retired to their new home on Cottonwood Lake in Cottonwood. They enjoyed time with family and friends, going dancing every Saturday night, traveling back to Belgium and many other destinations, and playing cards with their friends. In 1956, accompanied by Marcel Louwagie, Jasper became a U.S. citizen. He was a very proud American who spoke at many Memorial Day events in the Cottonwood area. In a desire to give back to his newly adopted country, he was very active in his local community. He was a founding member of St. Maryâ€™s Catholic Church and served as a Trustee and Chairman of the Church Council. He was also a member and past President of the local Lions Club. He served for 15 years on the local School Board. In 1990, he was elected to the Lyon County Board of Commissioners and served until 1999. He loved the town of Cottonwood, calling it the best place in the world. The people of Cottonwood, in turn, were very good to him, especially in his older years when he could be seen driving his scooter to the local cafÃ© for morning coffee. He was an independent man who possessed an optimistic, can do spirit and greeted each day with enthusiasm and zest. He liked to be engaged with what was going on in the world by reading newspapers cover to cover every day. He lived in his house until the age of 92, at which time he moved to the Fieldcrest Assisted Living facility in Cottonwood. A big thank you to the nurses and staff of Fieldcrest and Prairie Home Hospice who took such good care of him in his last years. Jasper passed away peacefully and surrounded by family on Tuesday, March 17, 2020, at the Prairie Home Hospice McLaughlin House in Marshall. Jasper is survived by his six children: Mark (Jane) Vandelanotte of Cottonwood, Mary Jo (Mike) Katke of Blaine, Allan (Gloria) Vandelanotte of Cottonwood, David (Allison) Vandelanotte of Cottonwood, Janice (Peter) Stamps of Fort Worth, Texas, and Julie Vandelanotte (David Browning) of St. Paul; 10 grandchildren and 15 great grandchildren: Abby Vandelanotte; Bayli Vandelanotte; Whitney (Tyler) Jeseritz, their children Cole, Mason and Madison; Sara (Tony) Iverson, their children Kace and Kellan; Lukas (Samantha) Vandelanotte; Jon (McKenzie) Vandelanotte, their children Elijah, Reese and Jakob; Jeremy (Alissa) Vandelanotte, their children Gavin and Gary; Jance (Lexie) Vandelanotte, their children Kylie and Lincoln; Evan Stamps; and Elizabeth Stamps. He is also survived by his sister Paula Druant of Vieteran, Belgium, brother and sister-in-law Gerard and Rosa Vandelanotte of Lo-Reninge, Belgium, sister-in-law Denise Hoedt of Roeselare, Belgium, and many nieces and nephews in the United States and Belgium. He was preceded in death by his loving wife Agnes, his parents Arthur and Ida Vandelanotte, stepmother Maria Lams, brothers Willy Vandelanotte and Guido Vandelanotte, sister and brother-in-law Gerarda and Frans Vandelanotte, brother-in-law Michel Druant, sister and brother-in-law Godelieve and Michel Peperstraete, and sisters and brothers-in-law Margaret and Robert Theuninck, Alma and Louis Willems, Walter and Irene Meulebroeck, and Henry Meulebroeck. Memorials preferred to Prairie Home Hospice and Community Care. Blessed be his memory.
To order memorial trees or send flowers to the family in memory of Jasper Joseph Vandelanotte, please visit our flower store.