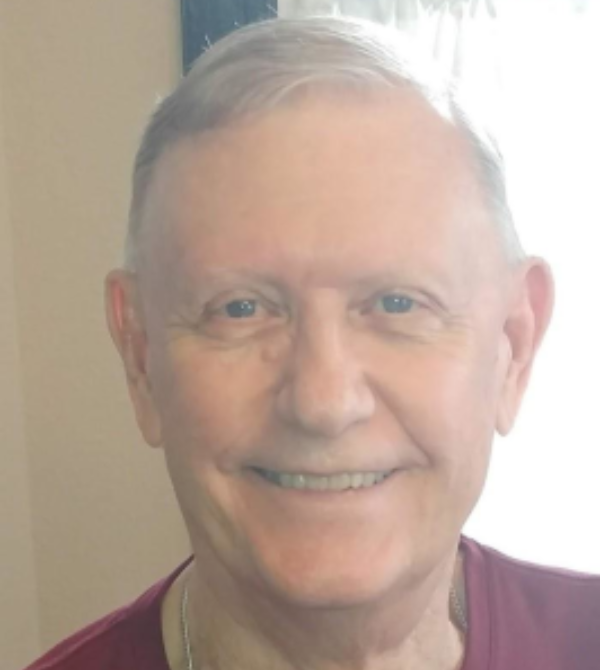 Mass of Christian Burial for James St. Aubin, 78, formerly of Marshall, will be at 10:30 a.m. on Saturday, November 6, 2021, at Holy Redeemer Catholic Church in Marshall. Visitation will take place one hour prior to the service at the church. Interment will follow the service at Calvary Catholic Cemetery in Marshall

James was born to Philip and Antoinette (Ouellette) St. Aubin on February 6, 1943, in Marshall. He was raised on the family farm and graduated from Marshall High School in 1961. While in high school he was active in band and FFA.

After high school, James enrolled at South Dakota State, and after one year of college James joined the Army. He spent time at Fort Jackson and Fort Polk. He joined the Army National Guard of Minnesota and was honorably discharged in January 1971.

In November 1967, James married Charlotte Wald. They relocated to the Pepin, WI, area. On October 10, 1975, James' only child, Matt, was born. During this time James worked in sales and marketing and travelled extensively in the 1970s and early 1980s. James and Charlotte divorced in 1985.

In January 1986, James moved back to Marshall to be closer to his family. While in Marshall, James returned to South Dakota State and worked as a farm-hand and in drywall. He was a little league baseball coach, leading his team to the league championship. He frequently attended sporting events and often times attended Mass at Southwest State.

In February 1990, James married Kathy Woelber and relocated to Pipestone, MN. While in Pipestone, James worked in sales and later started his own drywall business. He was an active member of St. Leo's Catholic Church and worked to build his business.

In November 1999, James and Kathy relocated to Arizona. James continued work in drywall. He enjoyed the Arizona weather, frequent trips to the pool, and made many friends. In the early 2000s, James took an interest in computers and became the go-to-guy for computer assistance. He was an active member of St. Timothy's Parish in Mesa. James and Kathy divorced in 2010.

On October 9, 2015, James' life changed as a result of a stroke. His family helped relocate James to Wisconsin in January 2016, to be closer to his son and grandkids. Despite his setback, James continued to enjoy his computer, listening to music, and visiting with his grandkids.

James will be remembered as man who loved to converse, yet coveted his independence. He often times could be found tinkering with cars, computers, and watches. He was never shy about taking pictures. He was a devout Catholic and had an interest in religion. He was a Minnesota sports fan, but also adopted Arizona teams during his time there. He was a proud grandpa and beamed with joy when his grandchildren were in his presence.

James is survived by his son Matt (Karissa) St. Aubin of Holmen, WI; two grandchildren: Evelyn and Elle; three sisters: Donna (Ron) Weidauer of Marshall, Darlene (Jim) Jandl of Marshall, and Mary of Minnetonka. He is preceded in death by his parents, Phillip and Antoinette, and one brother, Marvin.

To order memorial trees or send flowers to the family in memory of James St Aubin, please visit our flower store.