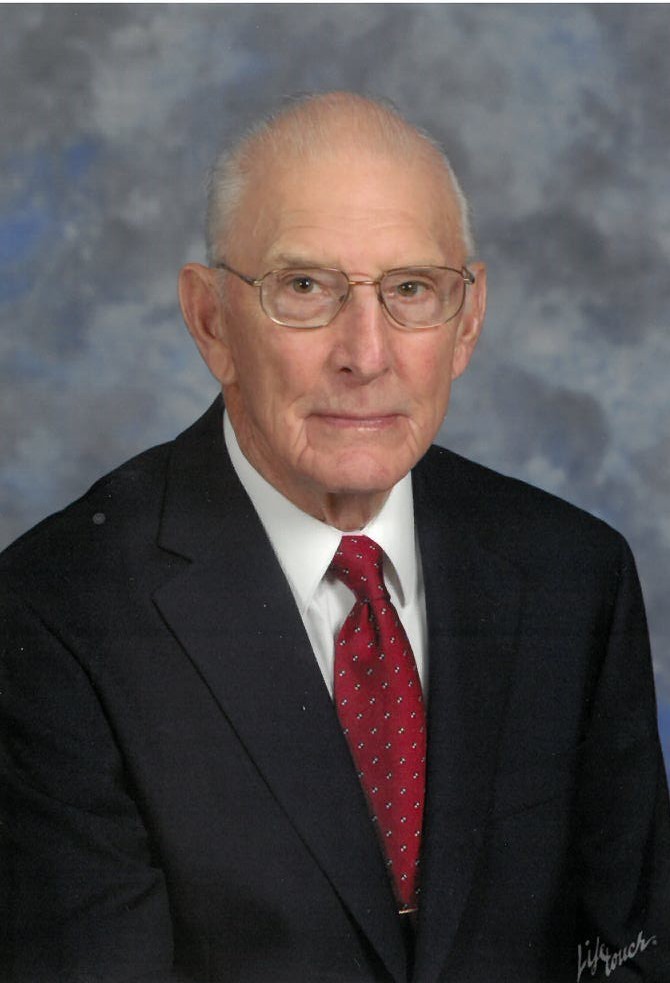 Mass of Christian Burial for George Dubbeldee, 95, of Marshall, will take place at 10:30 a.m. on Monday, December 16, 2019, at Holy Redeemer Catholic Church. Visitation will be Sunday from 4:00 p.m. â€“ 6:30 p.m. with a CCW Rosary at 4:00 p.m. and a Parish Prayer Service at 6:30 p.m. at Rehkamp Horvath Funeral Home in Marshall. Visitation will continue on Monday from 9:00 a.m. â€“ 10:00 a.m. at the funeral home. Interment with military honors will follow the service at Calvary Catholic Cemetery in Marshall. George Arnold Dubbeldee was born on February 1, 1924, on the family farm in Marshfield Township of Lincoln County to Richard â€œDickâ€ and Anna (Schreurs) Dubbeldee. He was a member of St. Dionysius Catholic Church in Tyler until moving to Marshall in 1995 where he attended Holy Redeemer Catholic Church. George attended rural country school and graduated from Tyler High School in 1941. He farmed with his father and brother until he was called to serve in the U.S. Army during World War II. George served with the 27th Infantry Division on Okinawa and was among the early occupation troops in Japan following the war. In November of 1945, he was transferred to General Headquarters in Tokyo where he served as a Staff Sergeant in General Douglas MacArthurâ€™s Honor Guard. He was a part of the security detail at the U.S. Embassy in Tokyo until he returned home to the farm on November 15, 1946. On August 30, 1949, he was united in marriage to Beatrice Drietz at St. John Cantius Catholic Church in Wilno. To this union was born a son and three daughters: Richard â€œRickâ€, Debra, Jill and Joy. George was Post Commander and continuous member of the American Legion in Tyler since 1946. He served on the Tyler Lumber Company Board of Directors and belonged to the Tyler Knights of Columbus. He loved reading, old time music, playing rolle bolle, horse shoes and watching sports on TV. He especially enjoyed pro football and playing cards at the Senior Center. George died on Wednesday, December 11, 2019, at the Avera Marshall Regional Medical Center in Marshall. He is survived by his wife, Beatrice of 70 years, children Rick (and Angela) Dubbeldee of Tyler, Debra (and Larry Nielsen) of Stewartville, Jill (and Tom Kuhn) of St. Joseph, Joy (and Peter Hellie) of Hanley Falls, four grandsons, four granddaughters and two great-granddaughters, sister Gladys (and Ken) Stassen of Faribault, nieces, nephews, relatives and friends. He was preceded in death by his parents and four brothers: Edward, Lawrence, Melvin and Raymond.
To order memorial trees or send flowers to the family in memory of George Arnold Dubbeldee, please visit our flower store.