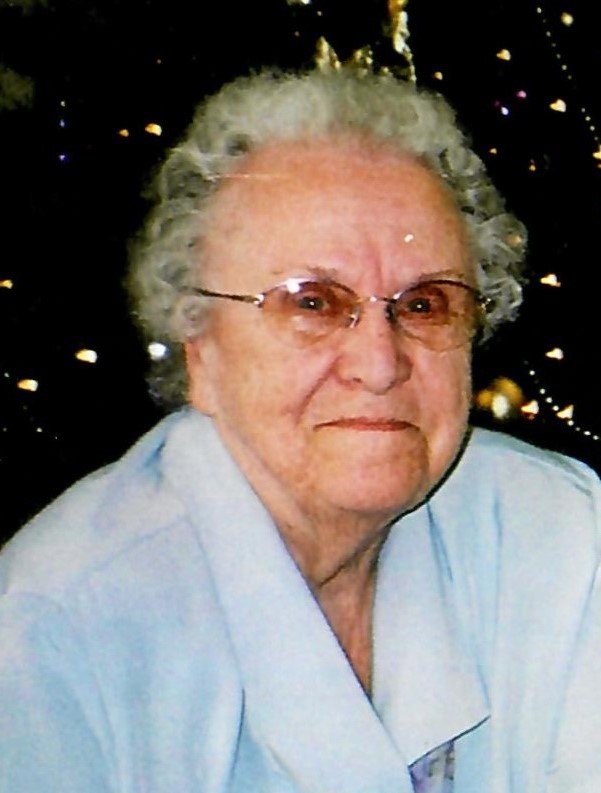 The funeral service for Garnet Fowler, 96, of Woodbury, formerly of Westbrook, will be at 11:00 a.m. Friday, October 4, 2019, at Grace Lutheran Church in Westbrook. A visitation will take place one hour prior to the service at the church. A private interment will take place at the Westbrook Cemetery. Garnet Susie (Noding) Fowler was born on June 26, 1923, in Westbrook, to Otto and Minnie (Schmidt) Noding. She grew up on the family farm near Westbrook and graduated from Westbrook High School. Garnet was united in marriage to Donald Fowler in 1940 at Grace Lutheran Church in Westbrook. The couple farmed and raised their family by Dovray until 1998, when they moved to Westbrook. Garnet lived at the Westbrook Good Samaritan Center until approximately three years ago, when she moved to Woodbury Estates Senior Living in Woodbury. Garnet enjoyed fishing and sewing, as well as cooking, gardening, and canning. She was a proud lifetime member of Grace Lutheran Church, where she was active with Ladies Aid and other church activities. Garnet died on Thursday, September 26, 2019, at Woodbury Estates Senior Living. She is survived by her children Douglas (and Cathy) Fowler of Chico, CA, Deanne (and Harold) Swenson of Jackson, Denise Reynolds of Sioux Falls, SD, and Sherri (and Mark) Lichty of White Bear Lake; thirteen grandchildren; and many great- and great-great-grandchildren. She was preceded in death by her parents Otto and Minnie Noding, husband Donald Fowler, son Leroy Fowler, grandsons Curtis and Danny Fowler, granddaughter Lisa (Fowler) Buffington, and brother Vern Noding. In lieu of flowers, memorials preferred to Grace Lutheran Church in Westbrook.
To order memorial trees or send flowers to the family in memory of Garnet Susie Noding Fowler, please visit our flower store.