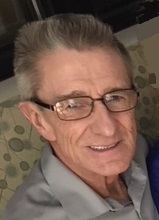 Francis Louis Downing was born on October 26, 1949, on the home farm site near Taunton to Anton and Florence (Pawlak) Downing. Fran shared his birthday, was the same age at passing as his father and both were born, resided and passed away at the same Downing Family Farm. Fran was baptized and confirmed at St. Cyril & Methodius Catholic Church in Taunton. Fran graduated from Minneota High School in 1967. He enlisted and served in the U.S. Army, including a tour of duty in Vietnam from January 11, 1970 - December 4, 1970, and was honorably discharged in 1971. Fran worked as a photographer for a couple years in the Pacific Northwest. After his fatherâ€™s death in 1975, Fran returned home to help on the family farm. He also worked for Dwire Construction and McLauglin Schulz. He achieved his Associateâ€™s Degree in Landscape Design from Dakota County Technical College in Rosemont. On July 10, 1982, he was united in marriage to Valerie Voss at Hope Lutheran Church in Minneota. Fran owned and operated a landscape business and worked doing maintenance at Southwest Minnesota State University. He retired from the University in 1995 but continued farming and doing landscape projects. Fran was an outdoorsman, enjoying hunting and ice fishing. He also enjoyed his family, especially his childrenâ€™s activities and time with his grandchildren. Fran was a hard worker, to provide a good life for his family. Fran died on Saturday, May 5, 2018, at his residence in Taunton under the care of Avera at Home Hospice. He is survived by his wife, Val, of Taunton; children Ryan (and Amy) Rand of Winona, Alyssa (and Rhett) Lamoreaux of Minnetonka, Jaqlyn Downing (and fiancÃ© Jake Brauer) of Edina; grandchildren Kaylee, Emily, Ryker, Tyson and Aubrielle; brother Merl (and Josephine) Downing of Ivanhoe; sisters Marge (and Dean) Hansen of Canby, Cathy (and Stan) Paulsen of Canby, Bea (and Tom) DeLaCruz of Lewisville, and Phyllis (and Al) Pedersen of Ortonville; nieces, nephews, relatives and friends. He was preceded in death by his parents, son Matthew Rand, maternal grandparents Anton and Martha (Drietz) Pawlak, paternal grandparents R.B. (Rueben) and Helen (Kosmalski) Downing, infant sister Marian Downing and infant brother Delno Downing, and nephew Johnathan Paulsen.
To order memorial trees or send flowers to the family in memory of Francis (Fran) Louis Downing, please visit our flower store.