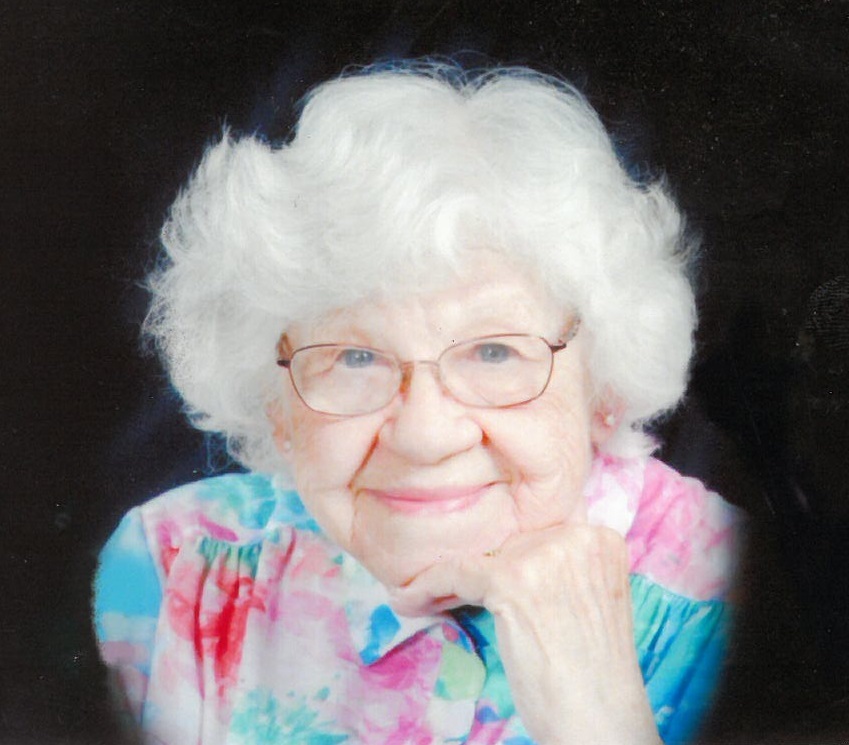 Frances Lucille Cecelia â€œFrankieâ€ Johnson was born on April 6, 1920, in Henderson, MN, to John and Jeanette (Durocher) Heinz. She began school in Henderson, then attended in Marshall and graduated from Balaton High School in 1938. She married Elmer R. Johnson on May 13, 1939. Elmer died on August 19, 2004. Frankie enjoyed her flowers and gardens. Upon retiring from farming, she and Elmer enjoyed woodworking, making a great variety of wooden toys and other things. She also enjoyed playing cards and making family trips. Frankie died on Monday, August 12, 2019, at the Avera Morningside Heights Care Center in Marshall. She is survived by her two sons Donald R. (and Emma) Johnson and Robert B. (and Anita) Johnson and two daughters, Betty (and Don) Winther and Carol (and John) Engel; grandchildren Elizabeth (Lisa) Johnson, Derek and Nicklas (Nick) Johnson, and Chris and Ben Engel; great-grandchildren Kyle, Andrew and Ethan Engel. She was preceded in death by her parents, husband, grandsons Jonathan Johnson, Barry and Brett Johnson. Memorials preferred to the Sillerud Lutheran Church, Gideonâ€™s or the Charity of Donorâ€™s Choice.
To order memorial trees or send flowers to the family in memory of Frances (Frankie) Lucille Cecilia Johnson, please visit our flower store.