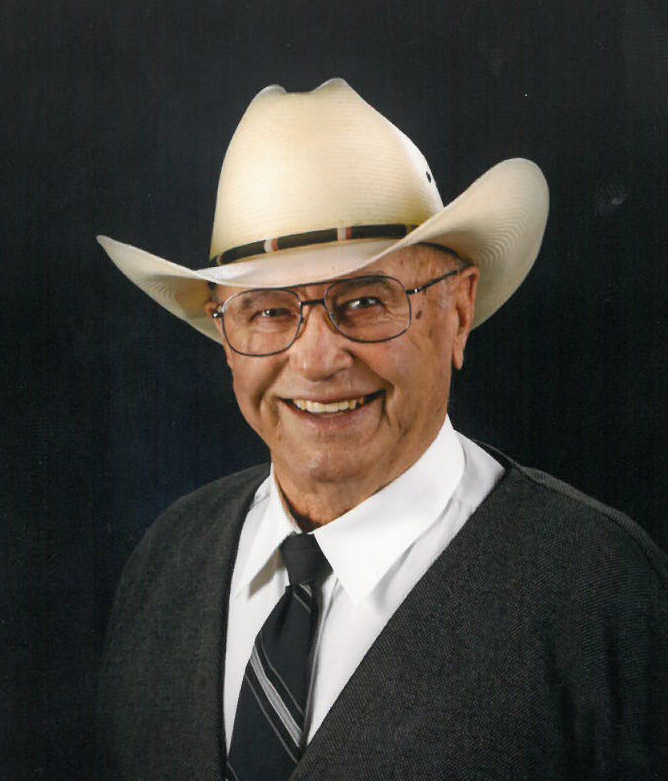 Ted was born on July 14, 1934, at the farm home two miles north of Marshall. He was the fourth of thirteen children; eight boys and five girls. His parents were Augusta (Sarazyn) Deutz and Frank Deutz. At the age of eleven, Ted started helping his neighbors and also began assisting Doc. Kelly in his vet business. At 15, Ted began working in the selling ring with Levi Caron at the Marshall Sale Barn. At 17, he began auctioneering with Todd White, a partnership that lasted for many years until Todd retired. Ted attended Marshall High School, graduating in 1952. He served in the Army from 1955 â€“ 1957. After returning from the service, he continued auctioneering, and started farming, feeding cattle and farrowing and raising hogs. On February 8, 1958, he married Alice Van Vooren from Minneota. Together, they raised three sons; Tim, Chuck and Bob, and two daughters; Karen and Nancy. Ted sold machinery and real estate sales for miles; far beyond Lyon County. People loved seeing him in his cowboy hat, and knew they would leave with a smile from one of his jokes. Over his lifetime, ted sold almost 10,000 auctions and never did stop! Each fall and spring, Ted took great pride in planting and harvesting the crops, working with his three sons and teaching them the knowledge he had acquired. Tedâ€™s grandchildren and great-grandchildren were a special part of his life. He loved spending time with them on the farm and in his garden. Ted died on Thursday, July 23, 2015, at his residence in Marshall under the care of Prairie Home Hospice. He is survived by his wife of 58 years, Alice, sons Tim (and Jennifer), Chuck (and Dawn), and Bob (and Kelly), daughters Karen (and Tom) Bofferding and Nancy (and Anthony) Orsmond, 19 grandchildren and two great-grandchildren, siblings Gary (and Armella) Deutz of Marshall, Pat (and Rosie) Deutz of Marshall, Deanna Poor of Florida, Bill (and Becky) Deutz of Marshall, Dan (and Katie) Deutz of Marshall, Laura (and Dick) Duthoy of Marshall and Paul (and Fran) Deutz of Marshall. He was preceded in death by his parents, siblings Audrey Blair, Jim Deutz, John Deutz, Peggy Porter and Ramona Smith. Memorials preferred to Prairie Home Hospice of Marshall.
To order memorial trees or send flowers to the family in memory of F. Ted Deutz, please visit our flower store.