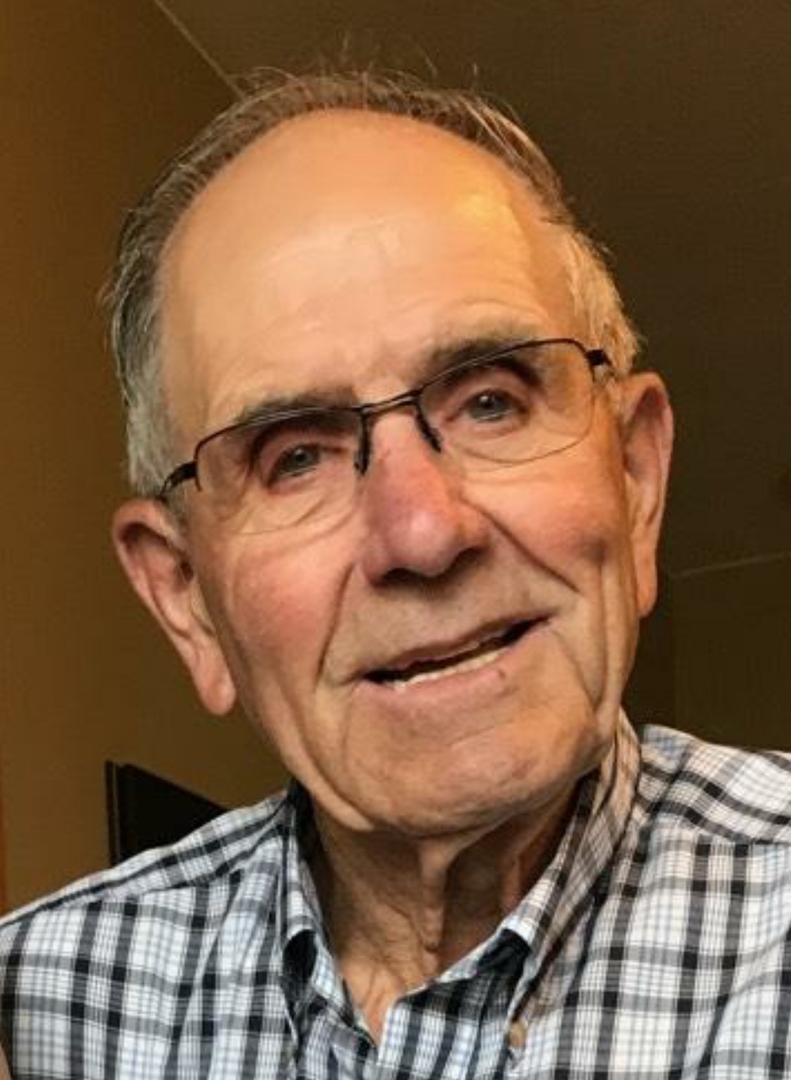 Ernest Gerhard Louwagie was born on January 25, 1936, in Marshall, to Camiel and Magdeline (Polman) Louwagie. He grew up on a farm southeast of Green Valley and attended country schools. On February 13, 1957, he was united in marriage to Jane Hamerlinck at St. Edward Catholic Church in Minneota. The couple farmed and raised their family near Green Valley. Ernie was an active member of his community. He served on the Cottonwood Elevator Board for 12 years, the Cottonwood Country Club for 9 years, and the Farm Credit Services Board in Marshall for 12 years and was a Trustee at St. Clotilde Catholic Church. Ernie also drove truck for the Farmers Coop Elevator and for local farmers. He enjoyed working outside and having coffee with his friends in Cottonwood or at Hardees in Marshall. Ernie always remembered his family with a telephone call on their birthdays. He enjoyed playing cards and watching sporting events. In 2015, the couple moved to their townhouse in Marshall. Ernie died on Wednesday, September 12, 2018, under the care of Prairie Home Hospice at his residence in Marshall. He is survived by his wife, Jane, of Marshall, children Wayne (and Mary) Louwagie of Marshall, Conni (and Stan) Stensrud of Marshall, Gwen Krone of Austin, TX, Lisa (and Dan) Gregoire of Cottonwood, grandson Preston (and Crystal) Stensrud, great-grandchildren Keygan, Asher and Beckett, grandson Perry Louwagie (and Jana Nicholson and her daughter Madalyn) granddaughter Heidi (and Tony) Lopez, great-granddaughter Adilyn, granddaughter Danica (and Ross) Garrant, great-grandchildren Sylas and Kovyn, granddaughter Lexie (and Jance) Vandelanotte, great-granddaughter Kylie, grandson Skyler Stensrud (fiancÃ© Katie Rodewald), granddaughter Shay Gregoire; brother George (and Cathy) Louwagie, sisters Bernice (and Chuck) Fischer, Darlene Weber (and Jim Lindquist) and Shirley Schulz (and Rick Perry), in-laws Jean (and Jim) Wambeke, Janet Collins, Joyce (and Richard) Downing, Judy Hamerlinck (and Tom Streeter), Cletus (and Lorraine) Lanners, and Dick Vroman; nieces, nephews, relatives and many close friends. He was preceded in death by his parents, in-laws Alphonse and Elsie Hamerlinck, sister Helen Vroman, sister-in-law Joanne Lanners, brother-in-law Mike Weber and nieces Joyel Downing and Abby Satterfield.
To order memorial trees or send flowers to the family in memory of Ernest (Ernie) Louwagie, please visit our flower store.