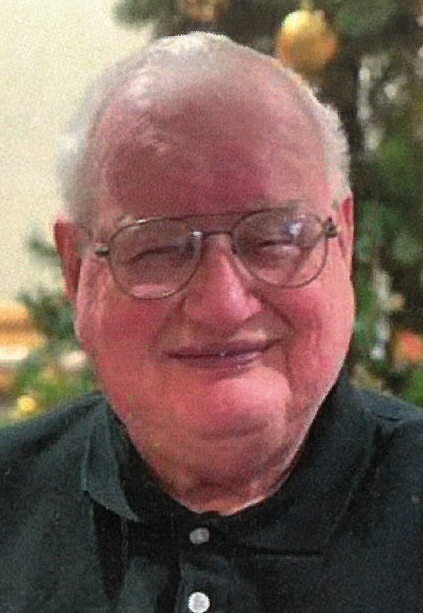 To watch the recording of Duane's service, click the following link: https://youtu.be/m-Y6W0OSGjE

Duane Vincent Wyffels was born on July 25, 1941, in Marshall, MN, to Vincent and Emmerence (Ferbuyt) Wyffels. He graduated from Marshall High School in 1959. Duane entered the U.S. Air Force and served from 1960 until 1964. On September 3, 1966, he was united in marriage to Cheryl Boerboom at St. Eloi Catholic Church in Ghent. Duane was a farmer and electrician. His hobby of building toy trains gave him many hours of enjoyment. His pride and joy were his grandchildren.

Duane died on Wednesday, October 20, 2021, at the Avera Morningside Heights Care Center in Marshall. He is survived by his wife, Cheryl, of Marshall, sons Jerry (and Melanie) of Lucan, Jeff (and Carla) of Marshall, Jim (and Mary) of Waseca and Greg (and Tabitha) of Kasson. Also survived by grandchildren Briar, Zac, Owen, Jessica, Avery, Charlie, Kaden, Kaitlyn, Abigail, Amelia, Miranda, Deven and Michael, Matt (and Jess), Jon (and Molly), and great-grandkids Keian, Johny, Eddie, Liam, Harlow, Maddox and Kason; siblings Gary (and Elaine), Tom (and Becky), Brian, Pam, Mary Ellen, Sande, Janet (and Rich), Renee (and Kim), Reggie (and Jim) and many nieces and nephews and sister-in-law Linda Oftedahl. He was preceded in death by his parents Vincent and Emmerence Wyffels, sister Joyce (and Steve), sister-in-law Diane Wyffels and brother-in-law Duane Oftedahl.

Duane's family would like to thank the Avera Morningside Heights Care Center for helping to care for him for the past three years. A special thank you to Avera Hospice for his recent care.

In lieu of flowers, memorials preferred to the Disabled American Veteran's Charity or charity of the donor's choice.

To order memorial trees or send flowers to the family in memory of Duane Vincent Wyffels, please visit our flower store.