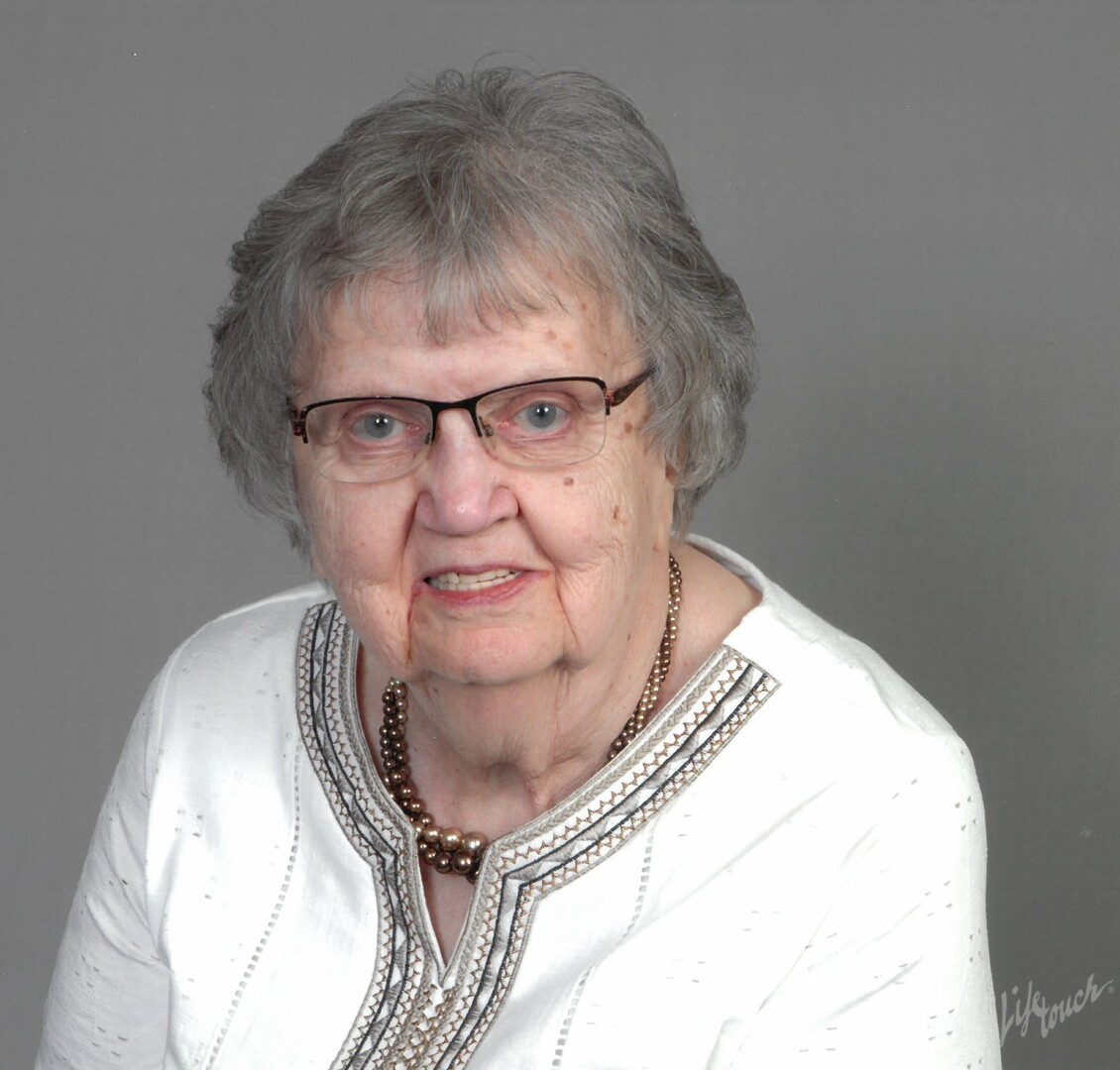 The funeral service for Dorene Diekmann, 88, of Marshall, will be Thursday, June 13, 2019, at 10:00 a.m. at Cornerstone United Methodist Church in Marshall. A visitation will be held Wednesday, June 12, 2019, from 5:00 p.m. to 7:00 p.m. at Rehkamp Horvath Funeral Home in Marshall, with a prayer service at 6:45 p.m. Visitation will continue one hour prior to the service at the church. Interment will take place after the service at the Marshall Cemetery. Dorene Allie (Londgren) Diekmann was born on May 9, 1931, in Tyler, MN, to Clark and Irene (Heinz) Londgren. She grew up in Lynd and graduated from Lynd High School in 1949. Dorene went to business college in Minneapolis, where she also worked in the Sears office. Dorene was united in marriage to Earl Diekmann on September 16, 1952, in Lismore, MN. The couple moved to Marshall in 1954, where Dorene stayed home to raise her children. In 1977, Dorene started working as the church secretary for Albright United Methodist Church, a position she held for over thirty years. In her free time, Dorene enjoyed quilting, cross-stitching, reading, and watching the Minnesota Twins. Although she never stepped foot on a plane until she was over 65, Dorene became an international traveler, making her way to 14 countries including China, Greece, Turkey, and parts of Africa. Dorene especially enjoyed spending time with her grandchildren and great-grandchildren. Dorene died Monday, June 3, 2019, at her home in Marshall. She is survived by her children, Cindi (Warren) Pederson of Maple Grove, Jan (Jerry) Louwagie of Marshall, Mark (Debbie) Diekmann of Boca de Yasica, Dominican Republic, and Heidi (Richard) Teegarden of Hastings; grandchildren Melissa (Jake) Early, Chanda (Randy) Stevens, Andy Louwagie, Chelsea (Josh) Vierstraete, Amanda (Lucas) Hovila, Allison Louwagie, Carter Teegarden, Caleb Teegarden, and Brady Teegarden; great-grandchildren Peder, Mari, and Emmy Early, Elias, Lydia, Meira, Melody, and Gideon Stevens, Connor, Gracelyn, and Lennox Vierstraete, Chloe and Paige Hovila; and many relatives and friends. She was preceded in death by her parents Clark and Irene Londgren, husband Earl Diekmann, and brother Delbert Londgren.
To order memorial trees or send flowers to the family in memory of Dorene Allie Londgren Diekmann, please visit our flower store.

Prayer Service at 6:45 p.m. on Wednesday night at the Funeral Home

Prayer Service at 6:45 p.m. on Wednesday night at the Funeral Home