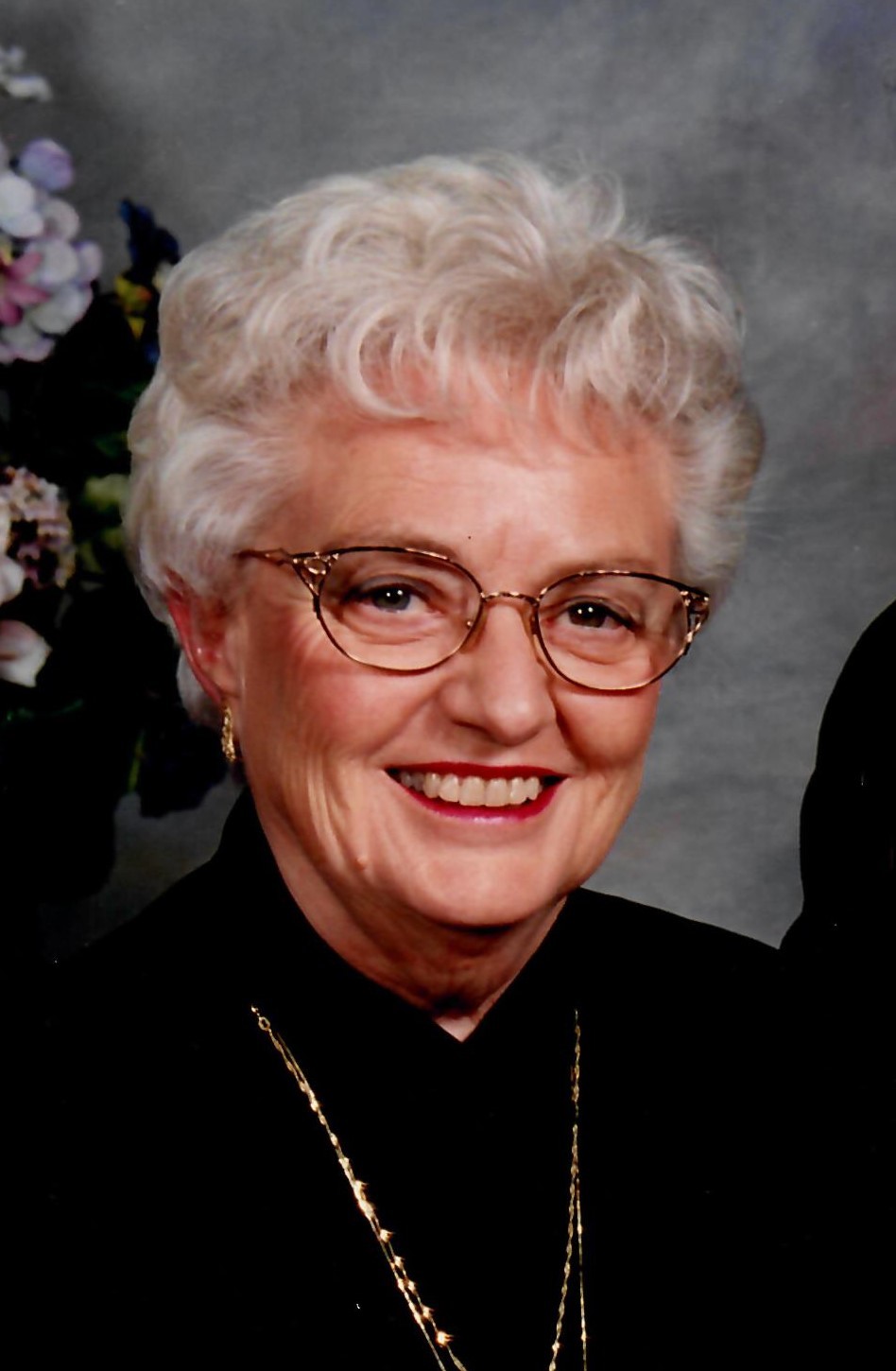 Deloris Elaine (Rosenau) Reinarts was born on August 14, 1930, in Jamestown, ND, to Herman and Marie (Trebesch) Rosenau. She was baptized on October 12, 1930. As a child, she moved with her family to Minnesota in 1935. She graduated from Lamberton High School. On August 14, 1954, she was united in marriage to Kenneth Reinarts in Lamberton. De worked at a few jobs including as a Payroll Clerk for a garment factory in New Ulm, as a Bookeeper/Secretary for McCleary Auto Parts in New Ulm and Tracy, Whiting Lumber and Rupp Insurance. She also worked as a Beauty Counselor for Vanda. De was an active member of the Tracy Lutheran Church where she served as a Deacon, on the Church Council and as Treasurer of various circles. She also served on the Planning Committee of the Tracy Hospital. De enjoyed bowling, playing cards (especially whist, bridge, 500 or Schofkoph). She also enjoyed traveling including trips to California, Hawaii, Mexico, Washington and Florida. De enjoyed crocheting and knitting. She liked to entertain and especially with her family. De died unexpectedly at her residence on Thursday, April 29, 2021. She is survived by her sisters Irene McKelvey of Seattle, WA and Mary Haas of Springfield, MN; nieces Sandra (Bruce) Runck and Diane (Grant) Lade of Springfield; nephews Duane (Bev) Weedman of Tracy and Randy (Midge) Haas of Redwood Falls, nieces, nephews, relatives and friends. She was preceded in death by her husband Kenneth; sister Gertrude Weedman; brothers-in-law Lisle McKelvey, Kenneth Weedman, Emil Haas, and great-nephew Daniel Runck.
To order memorial trees or send flowers to the family in memory of Deloris "De" Elaine Reinarts, please visit our flower store.