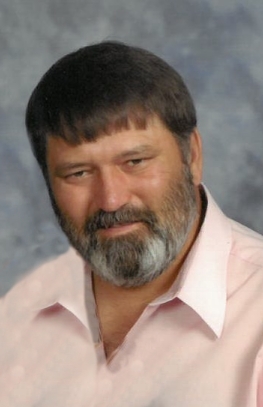 Mass of Christian Burial for David â€œDaveâ€ Fiegen, 61, of Marshall, will take place at 11:00 a.m. on Saturday, May 30, 2020, at St. Clotilde Catholic Church in Green Valley. A public, walk-through visitation will be Friday from 5:00 p.m. â€“ 8:00 p.m. and Saturday from 9:00 a.m. â€“ 11:00 a.m. at St. Clotilde Catholic Church in Green Valley. David Walter Fiegen was born in Sioux Falls, SD, to Bob and Janet (Thompson) Fiegen on January 8, 1959. Davidâ€™s dad worked in the Grain Elevator business, therefore moving the family around to several places. Davidâ€™s family first moved to Adrian, where he attended grade school and gained many lifelong friends. The family moved again, this time to Madison, SD, due to Davidâ€™s fatherâ€™s grain elevator connections. David attended and graduated from Madison High School in 1978. David worked as a cook at an all-night truck stop, the F&M CafÃ©. Davidâ€™s family then moved to Garvin, where Bob again managed the elevator. David started working at Schwanâ€™s in Marshall in the freezer loading trucks. This is where he met Roger Pottratz, not knowing he would be his future brother-in-law. David visited Roger at his home in Tyler, MN, where he met his future wife, Diane Brown, in November 1981. David and Diane were married at St. Maryâ€™s Catholic Church in Tracy, on June 18, 1988. The couple made their home in Marshall. David continued to work at Schwanâ€™s until March 2014, when he was forced to retire due to health reasons, after 35 years of service. Davidâ€™s love of farming began with a relationship formed early in life. His friend Kevin Brown and Kevinâ€™s family were all farmers, and they involved David in their day to day life, working and playing together on the farm. David enjoyed anything related to farming and would never refuse the opportunity to get in a tractor to plow and smell the dirt. He equally loved music, mostly the older stuff, but you could always find him tapping a beat on something. He also loved to dance and could always find a dance partner. David enjoyed helping his brother Troy retrieve vehicles from all over the United States, but he somehow always managed to run out of gas. Troy and David had a very special bond, and the respect and love went both ways, even though these two were not affectionate guys. David had many friends and family, and he could talk to anyone. David loved people, talking to truck drivers, and sharing stories. He was always eager to help people, as he enjoyed being busy. The busier the better, David often held down multiple jobs at a time. His faith in the Catholic Church was strong, and he honored his church, St. Clotilde, and fought for its support. David fought a long battle with kidney disease and diabetes, which ended Monday, May 25, 2020, at his home in Marshall, with his loving wife by his side. He is survived by his wife of 31 years, Diane, of Marshall; dad Bob Fiegen of Renner, SD; brothers Troy (Nancy) Fiegen of Granite Falls and Tyrone (Shelly) Fiegen of North Carolina; brothers- and sister-in-law Allan (Alma) Brown of Tyler, TJ (Cheryl) Brown of Huron Lake, and Cindy (John) Mundy of Scranton, KS; nieces and nephews Kassidi, Karissa, Ryan, Edin, Josue, Erteban, Edwardo, Robbie, Angel, CJ, Tina, Miranda (Carl), Lance (Amber), Karstin (Tyler), Jacki (Brad), Cody (Zoey), and Chuck. David was preceded in death by his mom Janet, sister Laurie, and sister-in-law Michelle Fredricks. He will be missed.
To order memorial trees or send flowers to the family in memory of David "Dave" Walter Fiegen, please visit our flower store.