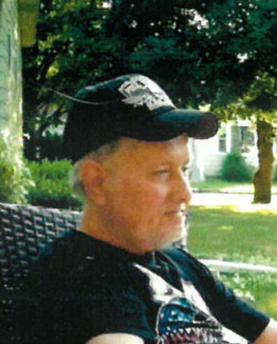 Curtis James McMahon was born on January 21, 1950, in Marshall, to John and Alice (Worden) McMahon. He grew up in Marshall, attended Holy Redeemer School and graduated from Marshall High School. Curt enlisted and served in the U.S. Air Force from 1969 â€“ 1973. On June 17, 1972, he was united in marriage to Karen Van Keulen at Holy Redeemer Catholic Church. After Curtâ€™s honorable discharge, the couple returned to Marshall. To this union was born one son: Brent. Curt worked as a truck driver for several employers including Ralco, Malherek, B & B, Van Wyke, (later Fortune Transportation,) and Municipal Castings until his career was cut short by a head on collision with a drunk driver. Curt enjoyed working on classic cars and was a member of Shades of the Past. He also enjoyed camping, fishing, and motorcycles. He was very proud of his Irish Heritage. Curt died on Friday, June 2, 2017, surrounded by family at his residence in Marshall under the care of Prairie Home Hospice. He is survived by his wife Karen of Marshall, son Brent (and Hope) of Minneota, grandchildren Cameren, Shantal and Cole, sister Mary McMahon of Belle Plaine, sister Elizabeth (and Jules) Naber of Belle Plaine and brother Tim McMahon of Belle Plaine, nieces, nephews, relatives and friends. He was preceded in death by his parents, three neph
To order memorial trees or send flowers to the family in memory of Curtis "Curt" McMahon, please visit our flower store.