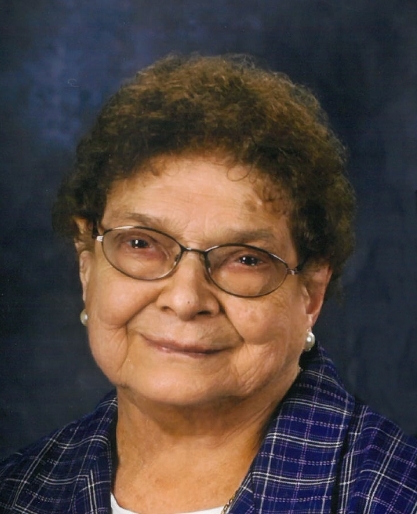 Clara Agnes (Becker) Hoffman was born on January 15, 1932, in Mt. Carmel, IA, to John and Teresa Loeffelholz. Clara grew up in Mt. Carmel, IA, and graduated from Mt. Carmel Catholic High School. On May 18, 1954, she was united in marriage to Gerald Hoffman. The couple lived in Sac City, IA, and Graceville, MN, before moving to a farm South of Cottonwood in 1962. They farmed for a time and later moved to Cottonwood. Clara worked for Empire State Bank and Mid Continent Cabinetry for a time. She enjoyed playing cards, especially pinochle. She was involved with several social clubs including card and birthday clubs. She also enjoyed spending time with her family, especially her grandchildren. Clara died on Tuesday, November 15, 2016, at the Colonial Manor Nursing Home in Balaton. She is survived by her husband Gerald Hoffman, children David (and Millie) Hoffman of Papillion, NE, Betty (and Duane) Van Keulen, of Balaton, Kathleen (and Bernard) Heck of Hanley Falls, Donna (and Randall) Klaphake of St. Stephen, MN, Ruth (and Douglas) Peters of Wentworth, SD, Kenneth Hoffman of Sauk Rapids, MN, Daniel (and Donna) Hoffman of Cottonwood, 16 grandchildren, six great-grandchildren, sister Irene Feilmeier of Westside, IA, nieces, nephews, relatives and friends. She was preceded in death by her parents and seven
To order memorial trees or send flowers to the family in memory of Clara Agnes Hoffman, please visit our flower store.