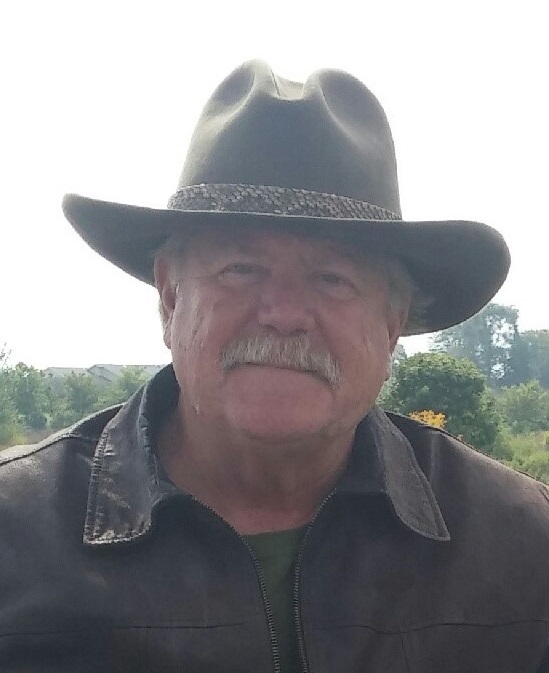 Charles Henry Drown was born on January 4, 1950, in Marshall, to Wilbur and Mary â€œSisâ€ (Kiley) Drown, the 15th of 17 children. Chuck grew up in Minneota and graduated from Minneota High School. He was drafted into the U.S. Army and served in Vietnam. After his honorable discharge, he returned to Minneota. Chuck was united in marriage to Becky Weinhold. To this union were born four children: Amanda, Sam, Maria and Jimmy. Chuck drove truck for Bennet Brothers and Moberg Transport for over 30 years, retiring in January, 2016. He had many interests including fishing, woodworking, and vegetable gardening. He was also a motorcycle enthusiast. Chuck enjoyed barbequing and smoking, especially for family or other social occasions. Chuck died on Friday, September 15, 2017, at the Centra Care St. Cloud Hospital in St. Cloud, MN, due to complications from a cancer surgery. He is survived by his children Amanda Drown (and Jeff) of Wood Lake, Sam (and Karla) Drown of Marshall, Jimmy (and Barb) Drown of Russell, grandchildren Andrew, Jared, Justin and Nate, siblings Bill, David (and Carol,) Thomas (and Sandi,) Dee Paradis, Mary (and Chuck) Marcotte, Marcia Johnson, John (and Pat,) Dennis (and Anna,) Dorothy (and Randy) Reddig, numerous nieces, nephews, relatives and friends. He was preceded in death by his parents, infant daughter Maria, siblings Bob, Dick, Joe, Daniel, Jim, Marianne and Phillip. In lieu of flowers, memorials preferred to the Veteran's Park Project in Minneota.
To order memorial trees or send flowers to the family in memory of Charles (Chuck) Drown, please visit our flower store.