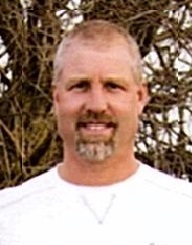 Bret Richard Herigon was born on January 8, 1974, in Marshall, to Richard and Michele (Flanagan) Herigon. He grew up in Marshall and graduated from Marshall High School in 1992. On April 26, 1997, he was united in marriage to Amy Skorczewski at Holy Redeemer Catholic Church in Marshall. To this union were born two daughters: Autum and Natalie. In 2001, Bret began working as a Route Driver for Locher Brothers (later became Beverage Wholesalers.) He was an avid outdoorsman. Bret enjoyed hunting, especially geese and ducks, fishing and camping. He mentored many people who were new to hunting and will be remembered for his passion for the sport and his unique ability to call waterfowl. He was also an avid runner. He competed in many races including four marathons. He was an enthusiastic supporter of all Minneota Viking athletics. Bret was most passionate about his family. He and Amy enjoyed following their daughtersâ€™ dance and sporting routines. In August of 2015, Bret was diagnosed with cancer. He died on Saturday, December 24, 2016, under the care of Prairie Home Hospice at his residence surrounded by family. Bret is survived by his wife, Amy, of Minneota, daughters Autum and Natalie of Minneota, father Richard Herigon of Marshall, brothers Bradley (and Ronda) Herigon of Cottonwood and Steve (and Amber) Herigon of Cottonwood, aunts, uncles, nieces, nephews, and other relatives and friends. He was preceded in death by his grandparents and mother, Michele.
To order memorial trees or send flowers to the family in memory of Bret Richard Herigon, please visit our flower store.