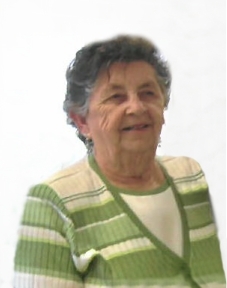 To watch the recording of Betty Jo's service, click Watch Webcast under the Photos & Videos tab above, or copy and paste the following link into your web browser: https://youtu.be/U5UosCUo4Eg Mass of Christian Burial for Betty Jo (Calvin) Welu Lidholm, 93, of Baxter, formerly of Marshall, will take place at 1:00 p.m. on Saturday, May 1, 2021, at Holy Redeemer Catholic Church. Visitation will take place from 11:30 a.m. â€“ 12:30 p.m. on Saturday at the Horvath Remembrance Center in Marshall. A private family interment will take place at a later time. Social distancing guidelines will be followed at all indoor events. A livestream and recording of the service will be available at www.holy-redeemer.com. Betty Jo (Calvin) Welu Lidholm was born on April 19, 1928, in Marshall to Louis and Marian (Spielman) Calvin. She grew up and attended school in Marshall. Betty Jo was united in marriage to Irving Welu and the couple farmed and raised their family in rural Milroy. They also owned and operated the Millerâ€™s Corner Store for a few years. In 1962, they moved to a Dairy Farm in Glenwood. After her children had grown, Betty Jo worked for Vernonâ€™s Studio for many years doing editing and touch up work on photos. After Irvingâ€™s health prevented him from farming, he began doing property assessment. Betty Jo joined him with this and continued working as an Assessor after his death. She later took up square dancing and through this met her future husband, Earl Lidholm. The couple was married and moved to Cross Lake and later, Baxter. Betty Jo was very social. She belonged to the Eagles Club in Brainerd and volunteered as an Election Judge including the most recent election. She made homemade greeting cards and never forgot a family birthday. Betty Jo was a faithful member of the Catholic Church. Betty Jo died on Sunday, April 25, 2021, at the Essentia Health â€“ St. Joseph Medical Center in Brainerd, MN. She is survived by children Douglas (and Terri) Welu of Terrace, MN, Greg (and Deb) Welu of Pequot Lakes, MN, Joyce (and Jeff) Johnson of Eden Prairie, MN, Rob (and Kathy) Welu of Glenwood, MN, eight grandchildren, numerous great-grandchildren and three great-great-grandchildren. She was also survived by her siblings Jim Calvin, Barbara (and Norman) Paulson, Richard (and Carol) Calvin, and many nieces, nephews, relatives and friends. She was preceded in death by her parents, husbands Irving Welu and Earl Lidholm and sister-in-law Gerry.
To order memorial trees or send flowers to the family in memory of Betty Jo Welu Lidholm, please visit our flower store.