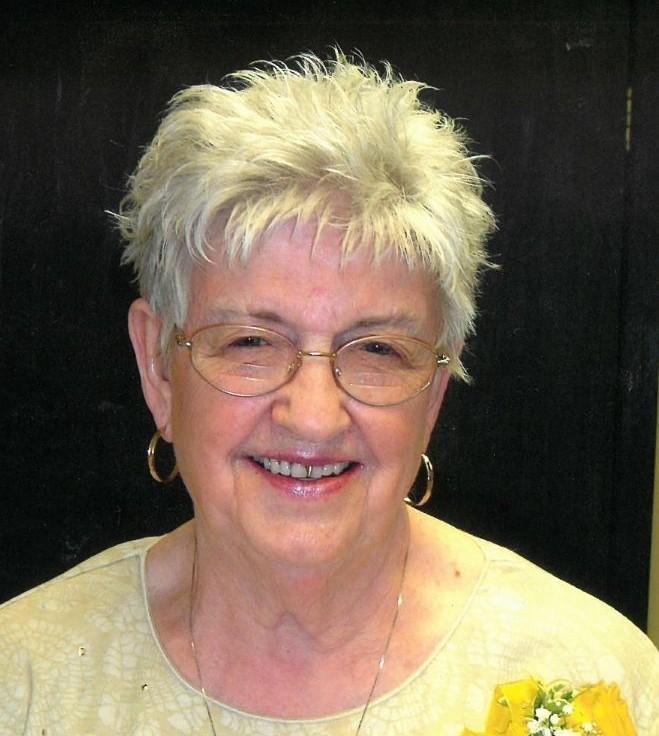 The funeral service for Arvilla Berg, 92, of Marshall, formerly of Cottonwood, will take place at 1:30 p.m. next Friday, November 12, 2021, at Christ Lutheran Church in Cottonwood. Visitation will be one hour prior to the service, 12:30 p.m. – 1:30 p.m. at the church. Interment will follow the service at the Christ Lutheran Cemetery.

Arvilla Ann (Bjornebo) Berg was born on Tuesday, June 4, 1929, in Cottonwood to Krog and Charlotte (Troseth) Bjornebo. She was the 10th of 11 children. Arvilla was baptized on September 14, 1929, and confirmed on June 13, 1943, at Silo Lutheran Church (predecessor to Christ Lutheran) in Cottonwood. She was united in marriage to Elmer Berg on February 23, 1948, in North Sioux City, Iowa. Arvilla worked at a variety of jobs which included Shorty’s Café as a teenager and, later, at Kelco in Marshall until they closed. After retiring, she did some childcare and assisted friends with house cleaning and wallpaper hanging. Arvilla was hardworking and always seemed to be in the middle of cleaning, rearranging furniture or decorating her apartment; “puttering” as she called it. She enjoyed traveling to Arizona or Texas to visit family. One of her favorite things was to decorate for Christmas and she started as soon as Thanksgiving was over. Arvilla also enjoyed going to the casino and playing her nickel slot. She was a longtime resident of West Prairie Apartments in Cottonwood until Alzheimer’s required a move to the Minneota Manor. She moved to Morningside Heights in Marshall a couple of weeks before her passing. Her family wishes to thank the staff and caregivers at the Minneota Manor and Morningside Heights for their support and comfort given to Arvilla and her family throughout these last few years.

May she rest in peace.

To order memorial trees or send flowers to the family in memory of Arvilla Ann Berg, please visit our flower store.