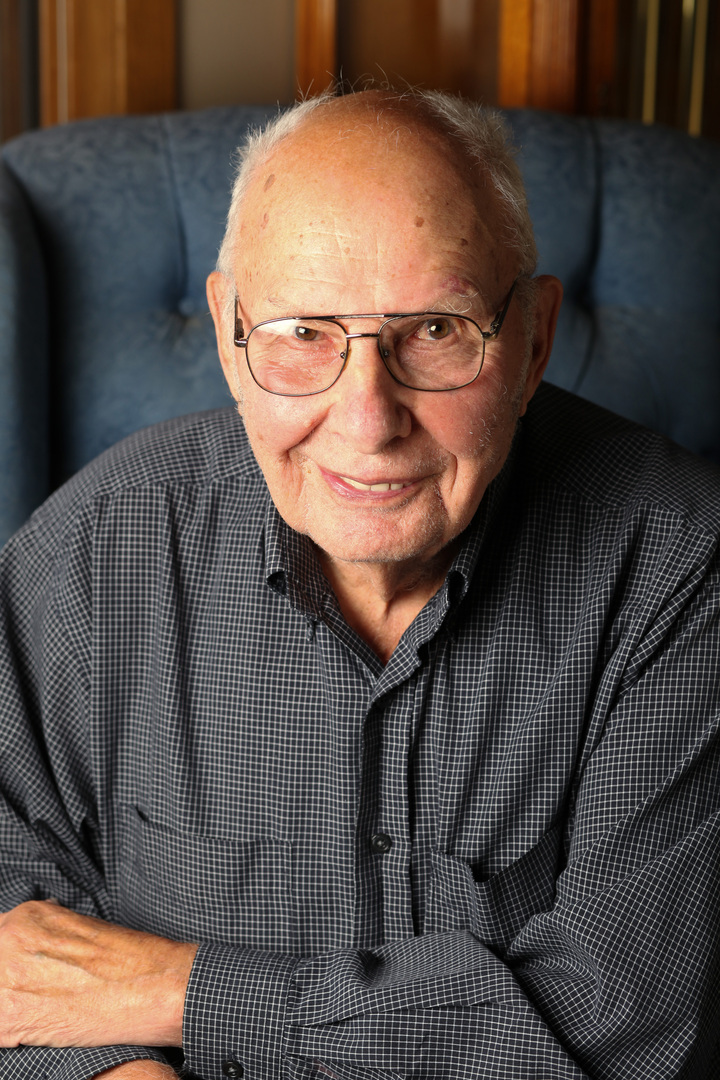 Arthur Leon Van Moorlehem was born on April 27, 1922, in Huron, SD, to Octaaf and Marie (Bogard) Van Moorlehem, the third youngest of 13 children. He attended school in Alpena, SD and Minneota, graduating from Minneota High School. On December 31, 1941, he was united in marriage to Lucille Lantgen in Watertown, SD. Art enlisted and served in the U.S. Army during World War II. He fought in central Europe and participated in the Battle of the Bulge where he and several soldiers from his unit were taken prisoner of war and were captive in Germany for several months. Art was awarded the Purple Heart, Combat Badge and Bronze Star. After his honorable discharge, he returned to Chicago. In 1949, the couple moved to Huron, SD. They later moved to Arlington, SD, where they farmed and raised four boys and a girl. In 2006, they moved to Marshall. For the last year, Art has been living at the Good Samaritan Society in Arlington, MN. Art enjoyed reading and following the Minnesota Twins and Vikings. He was a member of the VFW and American Legion Post 42 of Arlington, SD, and Holy Redeemer Catholic Church in Marshall. Art died on Thursday, July 26, 2018, at the Good Samaritan Society in Arlington, MN. He is survived by sons Dennis, Gordon, Edward and Brian, daughter, Jean, 11 grandchildren, 14 great-grandchildren, brother Elmer (and Betty) Van Moorlehem of Canby, sister-in-law Betty Regnier of Canby, nieces, nephews, relatives and friends. He was preceded in death by his parents, wife Lucille and 11 siblings.
To order memorial trees or send flowers to the family in memory of Arthur (Art) Leon Van Moorlehem, please visit our flower store.