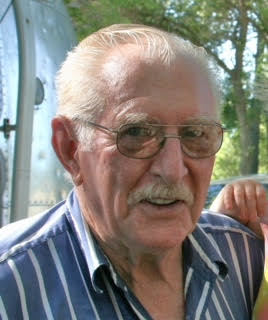 Anthony â€œTonyâ€ Kopka was born August 31, 1927 to Joseph and Edith (Schneider) Kopka in Elmdale on the family farm. Tony attended school in Elmdale and the Dunwoody Institute in Minneapolis for woodworking. He entered the Army, and after his service, returned to Minneapolis to drive taxi and also worked at the Ford plant. Tony met Irene Roles at a dance, which led to their marriage on September 30, 1950 at St. Leo Catholic Church in St. Leo. After their marriage, they returned to Minneapolis, until 1952, at which time they moved from Minneapolis to the St. Leo area to farm. Tony met George Orman, who taught him the well drilling business. Upon Georgeâ€™s retirement in 1959, Tony purchased the equipment and started his own business. He continued with well drilling, until his retirement. In 1998, Tony and Irene moved to Marshall Square to be closer to the hospital for Ireneâ€™s dialysis, to which Tony took her faithfully until her passing in 2005. Tony loved to fish, but he actually had more fish tales than actual fish caught. He was also an avid flea market vendor. His other hobby was wood carving â€“ making miniature wood pliers, and balls inside cages, and his own version of various animals and caricatures. Tony was a very active member in the Catholic Aid Association and the St. Leo parish, and was also a member of the St. Leo American Legion. He volunteered at the hospital Thrift Shop and drove for Western Community Action. Tony moved to Boulder Estates for three years, and later to Boulder Creek Memory Care. On January 20, 2018 he was moved to the Minneota Manor and lived there until his death on May 2, 2018. Tony is survived by his special companion Evon Marquardt of Marshall; children LouAnn (Steve) Herbeck of North Mankato, Elaine (Jim) Purvey of Bloomington, Kevin (Kathy) Kopka of Madelia, Wanda (Gene) Bethke of Raymond, South Dakota, Marlys Carsten of Spring Valley, Wisconsin, Roy Kopka of Minneota, Scott (Heidi) Kopka of Crystal and Lorene (Brad) Jones of Kasota; sisters Annella Ringwelski and Hilaria Rader; sisters-in-law Doris Stachowski and Carol Roles; grandchildren Heather (Erich) Penkert, Nathan (Heather) Herbeck, Jessica (Steve) Scotting, Jordan Bethke, Anthony Bethke, Jacob Jackson, Paige Kopka, Macenzie Kopka, Garrett Kopka and Shannon Carsten; great-grandchildren Rosa, Pearl and Lillian Penkert, Desiree, Janessa and Taryn Scotting, Aspen Rucktaeschel, Karter Merkel, Lexy and Ashley Nimmo; and one great-great-grandchild Gideon Hunter and many nieces and nephews. Tony was preceded in death by his parents, wife, infant brother William, son-in-law Gary Carsten; and in-laws Joseph Rader, Joseph Ringwelski, Leona and Clarence Eischens, Eugene and Bernice Roles, Janet and Lawrence Buysse, Edward Roles and Casmir Stachowski.
To order memorial trees or send flowers to the family in memory of Anthony (Tony) Kopka, please visit our flower store.